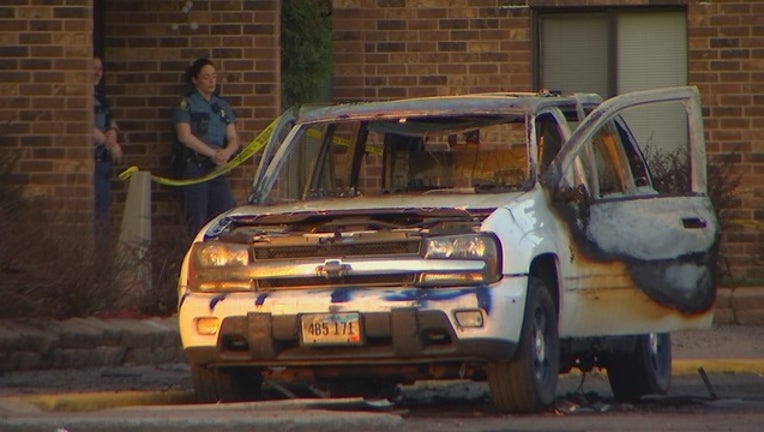 ST. PAUL, Minn. (KMSP) - One person is dead after a vehicle caught fire Friday evening in St. Paul, according to St. Paul police.

Emergency crews responded just before 7 p.m. to the 100 block of Edmund Avenue.

Police are investigating the cause of the fire. According to police, the death has been ruled a suicide.

The medical examiner's office will identify the deceased at a later time.