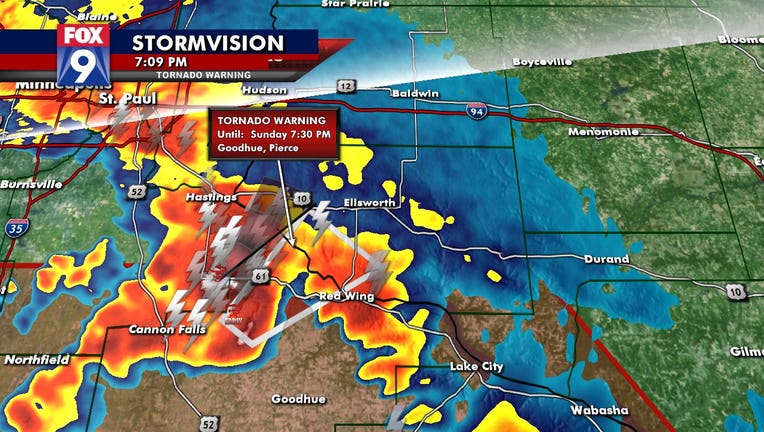 Goodhue County under a Tornado Warning until 7:30 p.m. Sunday.

(FOX 9) - The Twin Cities was under a slight risk for severe weather through Sunday night as storms moved through the I-35 corridor, causing Tornado Watches and Warnings south of the Twin Cities metro area.

Goodhue County was put under a Tornado Warning Sunday night as part of the severe weather that impacted the southern half of the state and the Twin Cities metro area. 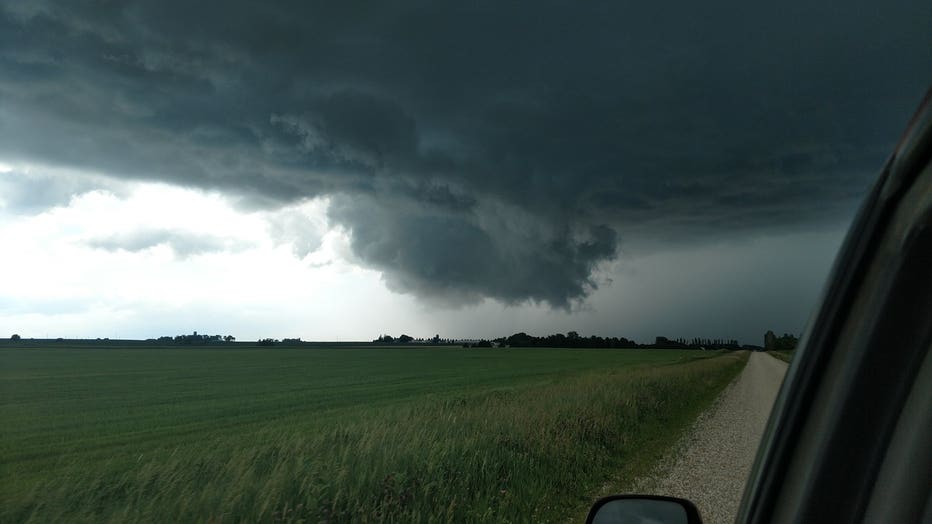 Two miles northeast of Johnsburg, Minnesota as a storm moves in. (Bill Doms/FOX 9)

The storms developed as a warm front ushered in hot and humid air from the Gulf. The biggest threats with these storms were strong winds, heavy rain, hail, and the possibility for tornado development. 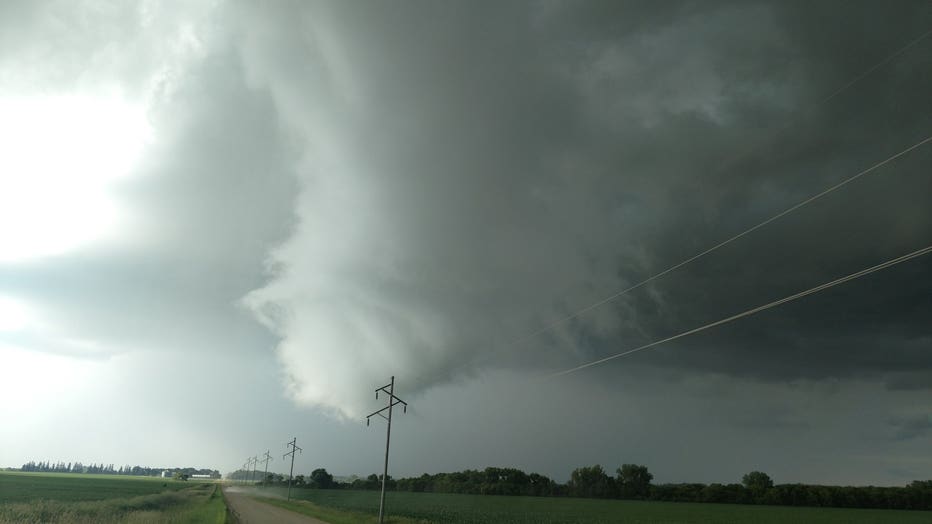 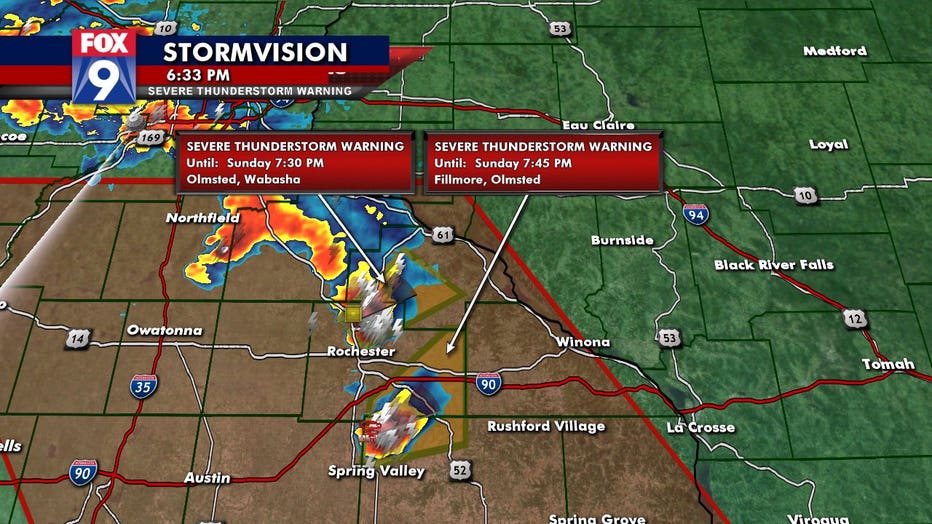 Temperatures Sunday afternoon reached the mid to upper 80s, getting warmer through the week as we head toward the 90s. The potential for more storm development extends into Monday with high heat, and humidity forecast for Monday. 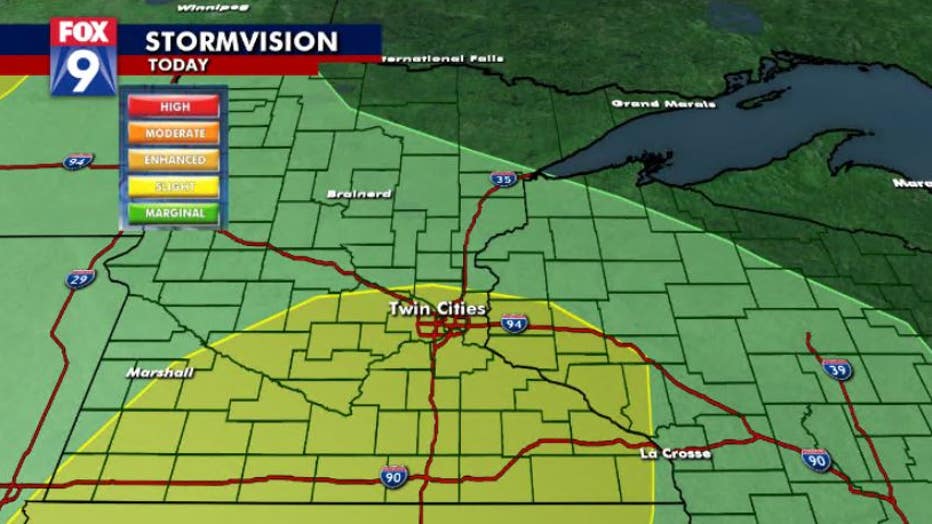