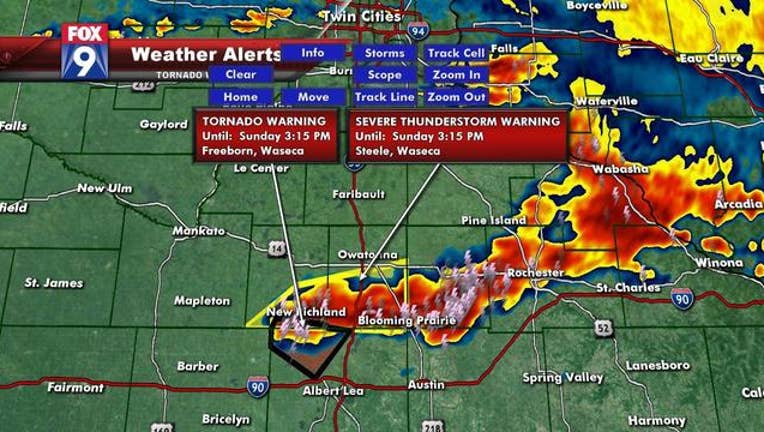 FREEBORN/WASECA (FOX 9) - UPDATE: A tornado warning has been issued for areas including Albert Lea and Twin Lakes. That warning expires at 3:45 p.m.

A tornado warning is in effect for counties in the southern portion of Minnesota as storms past through.

At the same time, further east, the weather service has issued severe thunderstorm warnings for Steele and Waseca counties. Those warnings are in effect until 3:15 p.m. as well.

The storms are tracking east, moving at about 15 miles per hour.

FOX 9 is tracking the storms and will update as information is available.