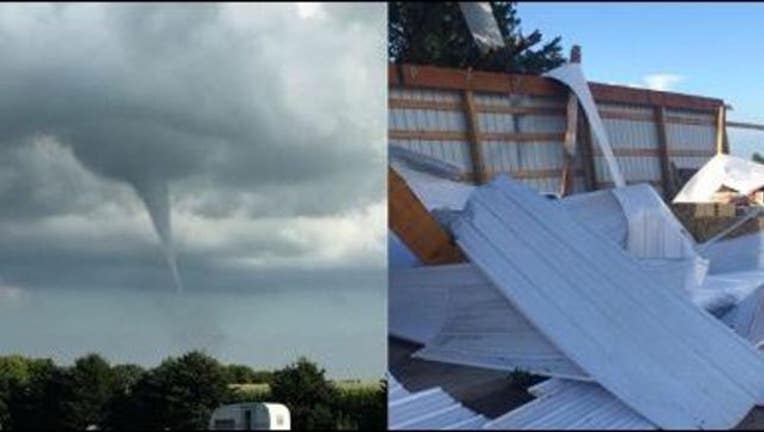 The Watonwan Sheriff’s Office received a report of a tornado touchdown in Long Lake Township. Sheriff Officials say the tornado touched down around 6:30 p.m. Friday night, about 6 miles south of St. James.

While this was a tornado, it is more commonly referred to as a landspout.  Unlike the usual tornadoes we are used to in Minnesota, these landspout tornadoes do not form from a supercell thunderstorm during “normal” severe weather situations.  They form a lot like a waterspout, generally from the ground up to the base of the cloud where a funnel can often be seen.  They are fairly uncommon in the state and don’t typically cause damage as they are often short lived and don’t move all that much.  This was an extreme case of this weather phenomena.

Officials say that the twister caused extensive damage to the Civil Ag Group building site, and several corn and soy bean fields in the area.

There were no injuries that occurred from the tornado.