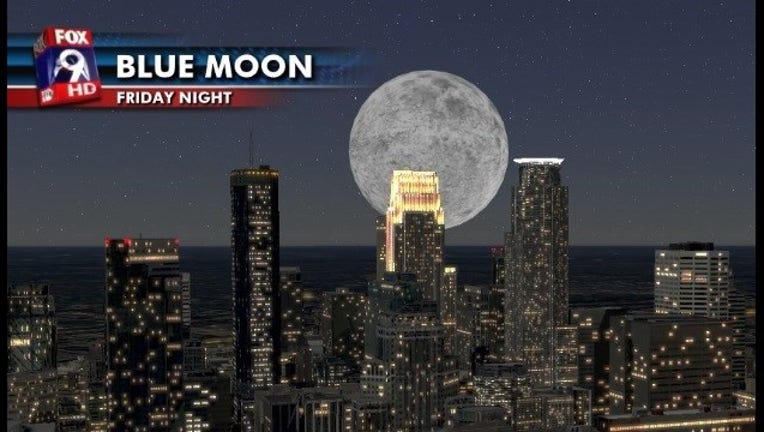 I’m sure that I am not alone in saying that we all love that month or two out of the year when we get an extra paycheck just because of the way the pay periods fall during a particular calendar month. The same type of scenario will play out this Friday night and we get paid a celestial bonus in the form of an extra full moon for the month of July.

The moon won’t actually be blue but with numerous wildfires across the western half of North America, the moon may appear reddish in color. However, that smoke and some volcanic eruptions around the world could tint the moon blue if the particles in the atmosphere are of a certain size.

#FRAZIERFUNFACTS: Did you know that, in addition to “Blue Moon”, Friday night’s full moon can also be called by a few other names? July is the time of year when a lot of deer start growing antlers so the term “Buck Moon” comes into play. Also, July is the time for numerous thunderstorms in New England, resulting in the name “Thunder Moon”. Also, some tribes call it the “Hay Moon” because of the extra light given off that aids in hay harvest of hay. Another name is “Mead Moon”, and the list goes on.

We would love to see your “Blue Moon” photos! Please email them to photos@fox9.com.