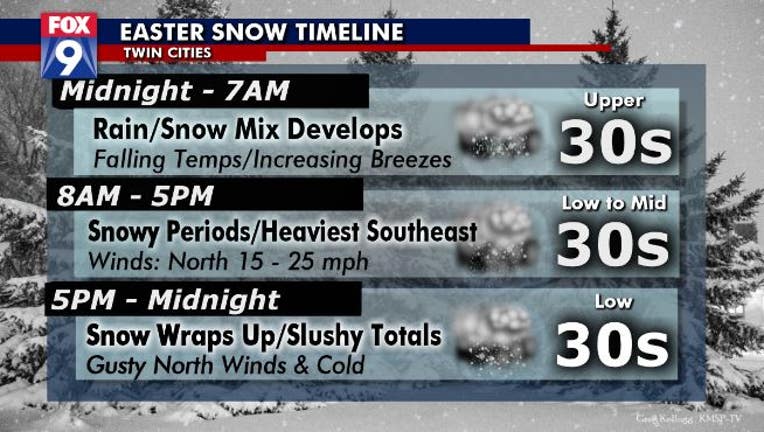 (FOX 9) - Don't take our Easter snow storm at face value, as this will not be the "typical snow storm" that we are used to. This is April snow, so it's gonna be heavy, wet, & slushy and will pretty much be in some phase of melting the whole time it exists.

As the snow spreads in Sunday, many of our temps will hover around or even above freezing at times. Combine that with the high April sun angle, when the sun rises, & warm ground temps, and the snow will take much longer to accumulate than many other times of the year. Hypothetically, you could measure an inch of snow in your yard at 9am, it could actively snow off and on for the next several hours, and you go back to measure again at 4pm, and it's still an inch deep... all thanks to the many avenues the snow can melt this time of year. 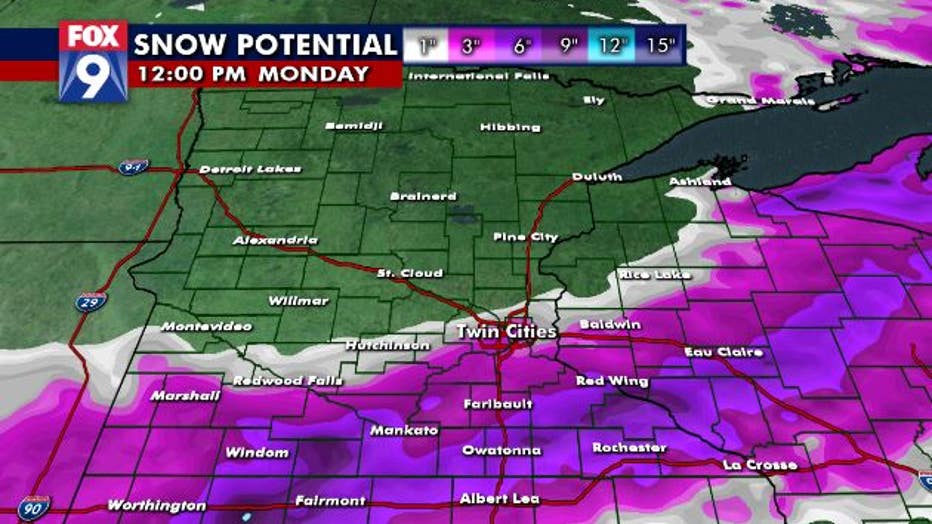 That said, there will still likely be a band of heavier snow totals that top 6", with areas south and east of the metro, in southeastern MN, in the best position to see this band. The Twin Cities is on the northwestern fringes of the expected accumulation zone. It's conceivable that the northwestern metro only gets an inch or two of slushy accumulation, but the southeastern metro gets close to half a foot. But because of the likely large spread in totals over a short distance, individual locations may see drastically different totals.

Unfortunately, because of the many variables, including the time of year, my overall confidence in this forecast is lower than usual... so there is certainly some wiggle room for things to end up a little different than currently expected. The good news surrounding our storm though is that however much snow your locations receives, is that it's April snow... so shoveling isn't really necessary in many cases (especially since we're all supposed to stay home anyway) because Mother Nature will take care of that for you in just a couple days time.