After a phenomenal first few days of May, the weather pattern across North America is about to change. A cooling trend can be expected just in time for the Fishing Opener and your Mother’s Day weekend that could lead to a widespread frost and/or freeze across much of Minnesota and Wisconsin.

This cold air is coming straight out of the Arctic Circle, much like it does during the heart of winter. Unlike during the winter though, we’re not expecting temperatures to fall well below zero. But, parts of the northern U.S. could see some of the coldest temperatures at the mid and upper levels of the atmosphere we’ve seen in the month of May in decades. Check out forecast temperatures in Celsius for the Great Lakes region Friday afternoon. 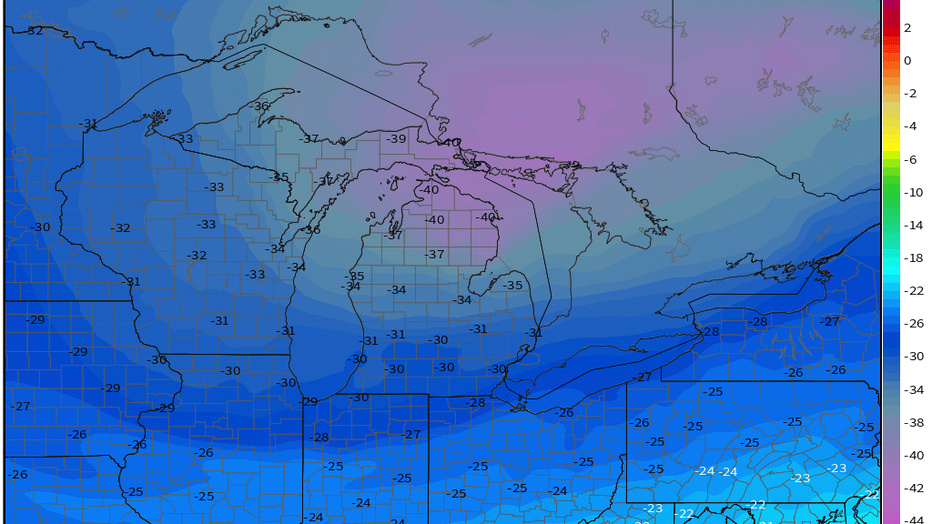 This indicates the forecast temperatures for the 500mb point in the atmosphere, often times found right about 18,000 feet above the surface. This shows temperatures to -40˚C in Michigan. Numbers this cold are very unusual in the U.S. in the month of

This shows temperatures down to -40˚C in parts of Michigan. This is the first time I’ve ever seen -40s appear in the midlevels of the atmosphere in the U.S. in May. While it may have happened before, it’s certainly been a very long time.

This cold pocket of air could lead to afternoon highs here at ground level that don’t get out of the 40s and overnight lows in the 20s as far south as Georgia. This could have HUGE implications on the growing season for the better part of two dozen states. While it’s not necessarily the cold temperatures themselves that will be the issue for most vegetation, it will likely be the length at which the cold hangs around. 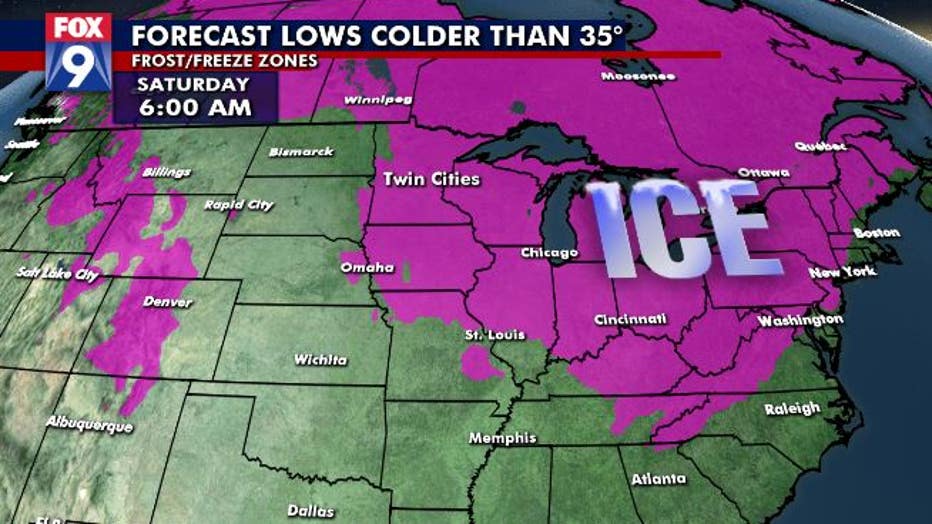 The areas shaded in purple are currently forecast to have overnight temperatures Friday night dip to or below 35˚F. These are the most likely locations to experience a frost or freeze overnight.

Most native plants can handle freezing temperatures for a short period of time. If the thermometer dips to the freeze mark for an hour or two, the majority of plants are unaffected. It may hinder overall growth for a few days, but doesn’t cause any permanent damage. But it’s when subfreezing conditions last several hours OR the temperatures reaches 25˚, known as the killing point, that most vegetation can experience permanent damage.  And with many areas already in full spring bloom, this cold air could have devastating consequences leaving farmers across the south and east that have already planted, without any crops at the end of the season. Something similar has already happened to parts of the wheat crop in Kansas and Oklahoma earlier this year.