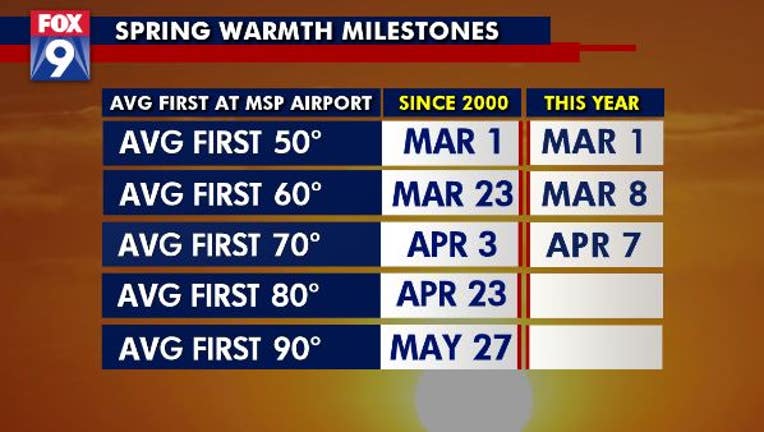 2020 is finally living up to the spring many of us look forward to: gradually rising temperatures, occasional rains, very little snow. That’s pretty much what we’ve seen. It’s certainly been far more “spring like” than the last couple of years.

But, with those gradually rising temperatures come the peaks and valleys. We’ve certainly seen a few valleys, with a widespread freeze more than a week into the month, but we haven’t seen a lot of peaks, especially in May.

One of the main components of the Minnesota landscape is that we are very continental, meaning that we are a LONG ways from an ocean. Sure, we have the Great Lakes, but it’s just not the same. In fact, we are about as far away from an ocean as you can get in North America, especially when you include the Hudson Bay in northeastern Canada.

Because of this, we have LARGE temperature fluctuations, getting really cold in the winter and really warm in the summer. But, that also comes with some pretty large spikes in the spring and fall as well.

Despite average temperatures in the 50s and 60s in April, more often than not, the Twin Cities gets our first taste of 80 degrees during the month.

Well, not this year.

The Twin Cities has yet to reach that magical threshold of 80. It’s kind of like Mother Nature’s Memorial Day--it’s that unofficial start to the warm season.

This year it just hasn’t quite happened yet. In fact, there are many traditionally colder cities across the country that have managed to squeak out an 80 degrees before the Twin Cities. 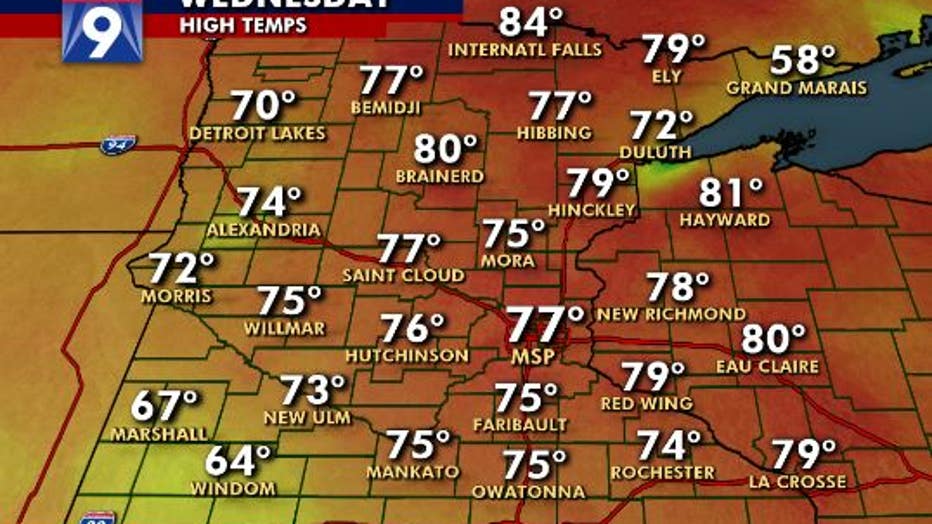 On Wednesday, International Falls hit 84 degrees! That came just a day after their first 80 degrees. Denver, Des Moines and NYC have all hit the mark, but usually crack it before us anyway.

But, Seattle managed to hit the mark before us and so did Fairbanks, Alaska! Yes that’s right, a city a stones throw away from the Arctic Circle managed an 80 degrees before the Twin Cities. 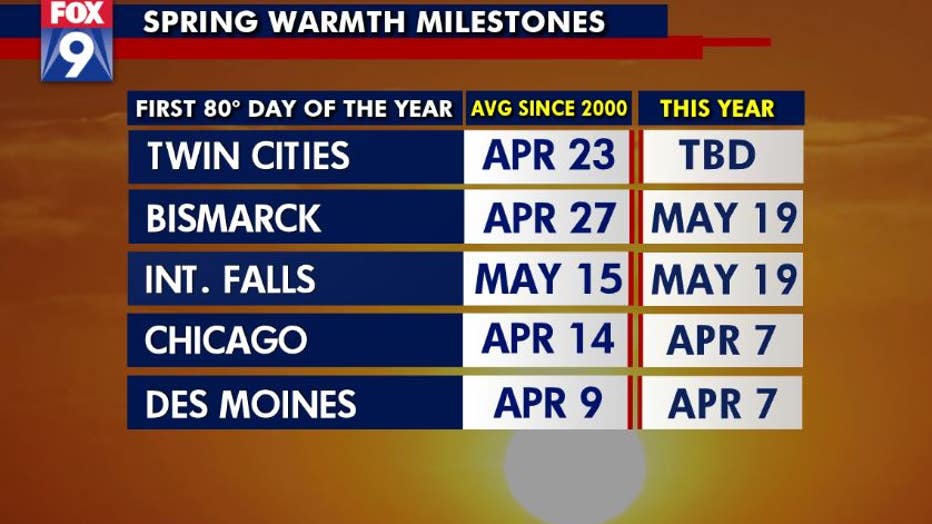 Thankfully we aren’t the only ones. Madison, Wisconsin and Milwaukee, Fargo, North Dakota and even Buffalo, New York and Boston haven’t cracked that magic number yet. 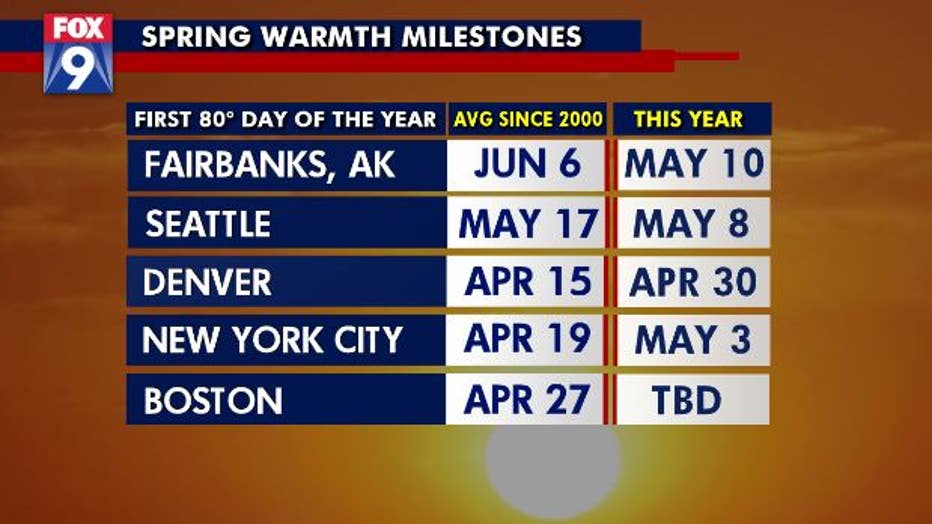 Many cities across the U.S. have already had their first 80˚ day, including even some cities in Alaska. There are a few hold outs including the Twin Cities, Boston, Fargo, & Milwaukee

While it is certainly late in the season to be waiting for that first 80, it’s not exactly all that uncommon… yet.

If we somehow manage to hold off that first 80-degree day until June, it would be the first time we’ve done that since 1935. But, the overall chance of that, even this close to the end of the month is pretty slim as temperatures are likely to hover pretty close to 80 degrees over the long Memorial Day weekend and early next week. It’s anyone’s guess if we’ll actually hit it, but the possibility is certainly high.