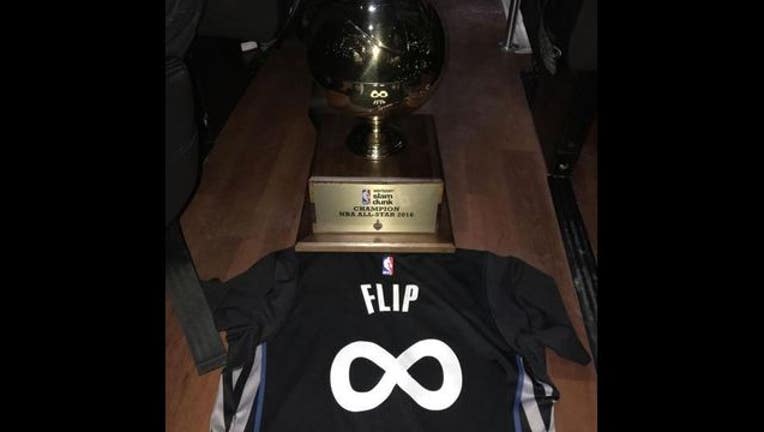 TORONTO (KMSP) - Zach LaVine dedicated his NBA All-Star Slam Dunk Contest win to his late coach, Flip Saunders and family. The Minnesota Timberwolves head coach and president of basketball operations passed away in late October at age 60. He announced in August he had been diagnosed with Hodgkin's Lymphoma. His wife, Debbie, tweeted at LaVine on Sunday.