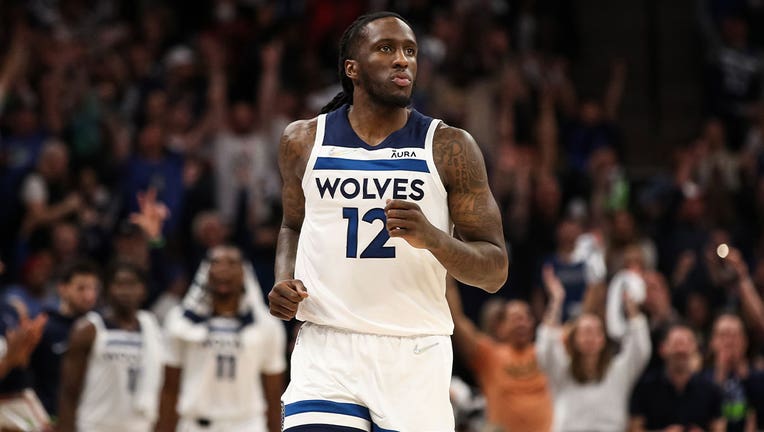 Taurean Prince #12 of the Minnesota Timberwolves looks on after making a three-point basket against the Memphis Grizzlies in the second quarter of the game during Game Four of the Western Conference First Round at Target Center on April 23, 2022 in M (David Berding / Getty Images)

MINNEAPOLIS (FOX 9) - Wolves forward Taurean Prince is in custody in Miami after he was arrested on an outstanding warrant.

According to the Miami-Dade jail roster, Prince was booked as a fugitive on an out-of-state warrant shortly before 8 p.m.

The Timberwolves have since put out a statement, reading: "We are aware of the alleged report regarding Taurean Prince and are in the process of gathering more information."

FOX 9 has not yet been able to confirm the details of the warrant.

Prince joined the Wolves before the 2021-22 season, and was used mostly off the bench, but started eight games last season.