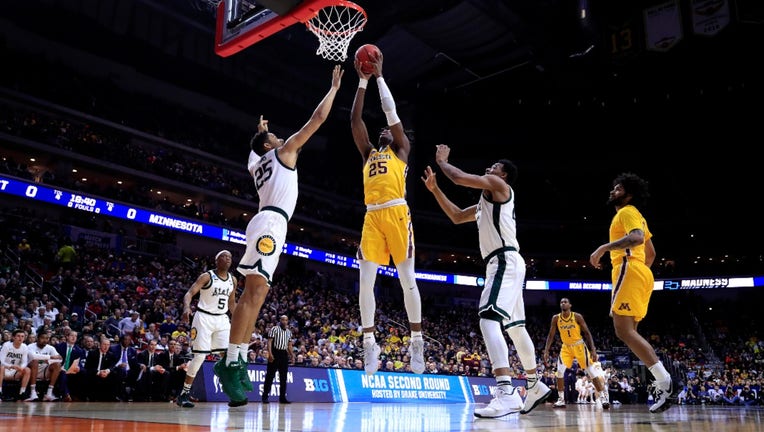 MINNEAPOLIS - If you’re heading to a University of Minnesota men’s basketball game this fall or winter, you’ll want to keep a roster sheet handy.

The Gophers have seven new players on the squad as Richard Pitino enters his seventh season in Dinkytown. He’s looking to build off a 22-win season, his second trip to the NCAA Tournament and his first win in the Big Dance.

Minnesota opened practice earlier this week, and it’s Pitino’s first real chance to get a look at his team since they got back from Italy. Gone are Jordan Murphy, Dupree McBrayer and Amir Coffey from last year’s squad. That’s 39.9 points out of the 70.6 the Gophers averaged per game last season, or 56.5 percent.

“Seven new guys, totally different team and you’ve got to get them to not use that as an excuse and just find a way to get caught up as quickly as possible,” Pitino said Tuesday.

Pitino won’t be able to replace the numbers Murphy and Coffey put up. Both are pursuing NBA careers, and Murphy left the Gophers as the program’s all-time leading rebounder and in the top-five in career scoring.

The hope is new players emerge, and it allows the Gophers to thrive in a different way. They won’t be relying on interior play and physicality in the post. Rather, get to the basket with their guards and make shots from the perimeter.

They also need to stay healthy, which was an issue for Eric Curry last season. He returned from a major knee injury and played in 15 games last season, but it was cut short after suffering torn ligaments in his foot. Pitino said Curry started the week with non-contact work, has been cleared for some contact and he should be ready for the season’s start in November.

“He’s important, very, very important because he’s an older player, knows how to play on a team that’s made an NCAA Tournament,” Pitino said.

They’re also hoping for big contributions from now-eligible transfers Marcus Carr and Payton Willis. As a freshman at Pittsburgh, Carr averaged 10 points and four assists per game, played in 32 games and started 27 as a guard in the ACC. Willis spent two seasons at Vanderbilt, playing in 31 games with four starts as a sophomore. He averaged 5.1 points and 1.9 rebounds per game.

The Gophers’ two returning starters are sophomore Daniel Oturu and Gabe Kalscheur. Oturu had a great mentor in Murphy, and averaged 10.8 points and eight rebounds per game. Pitino said he’s added weight in the offseason and is up to about 245 pounds. Kalscheur averaged 10 points per game last year and was Minnesota’s top perimeter threat, shooting 41 percent from three-point range.

“Both could’ve arguably been All-Freshman type players. Now for Daniel it’s about getting a little bit stronger He’s kind of like Jordan Murphy where it may not be perfect, but it’s very, very productive,” Pitino said. “For Gabe, I can’t understate how good defensively he was last year. He’s eager to do it, he loves to do it. Obviously a terrific shooter and I think one of the more underrated, undervalued players in the league. I do know every coach that I talk to on the road, he’s like the first guy they bring up is about Gabe Kalscheur and just how tough he is.”

Pitino said Williams was one of the Gophers’ best players in Italy, Ihnen is a consensus top-100 recruit out of Germany and Demir brings a veteran to the lineup.

“I think Tre is a really good player. I think if you looked at the guys that we signed, there’s some talent there but it’s going to take some time just figuring out what to do and what goes into all these things,” Pitino said.