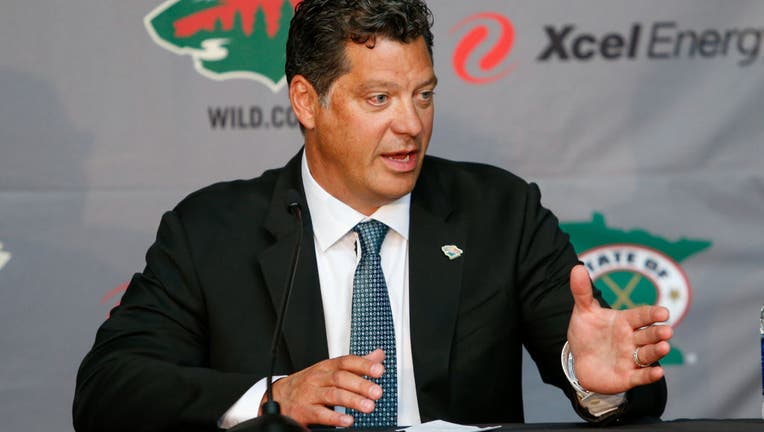 He’ll work with General Manager Stan Bowman to put together the best team U.S.A. can to compete for a gold medal. Team U.S.A. hasn’t won gold since the "Miracle on Ice" in 1980, when Guerin was 9 years old.

"He is a winner, and I’m extremely honored and pleased to welcome Bill Guerin as assistant general manager of the 2022 U.S. Olympic Men’s Ice Hockey team. We would not be more pleased than to have Stan (Bowman) and Bill serving as our chief architects of our 2022 Olympic team," John Vanbiesbrouck with USA Hockey said.

"I’d like to thank U.S.A. Hockey for having faith in me and giving me this opportunity. It’s something that I definitely don’t take lightly. As a player, it was always a huge honor to put on the U.S.A. jersey. I always took it very seriously, and I’m a product of the 1980 generation and it was something that drove me. I’m honored to be representing USA Hockey again," Guerin said.

The U.S. Olympic Hockey Team has played for the gold medal twice since then, earning silver medals in both 2002 in Salk Lake City, and 2010 in Vancouver.

Guerin is currently in his second season as Wild general manager. He came to Minnesota after eight seasons with the Pittsburgh Penguins, spending the last five as assistant general manager. He helped lead the Penguins to the Stanley Cup titles in 2016 and 2017.

Guerin and Bowman will have tough roster choices to make as the 2022 Winter Olympics draw closer. The NHL hasn’t yet decided if professional players will represent the U.S. Olympic Team. They did not in 2018. The roster will be finalized by next January.

"It’s going to be a great challenge, something that I’m looking forward to. We’ve got the deepest pool of players that we’ve ever had. Just looking forward and trying to put the best team possible on the ice to build a winner," Guerin said.

Guerin, who played 18 years in the NHL before moving into the front office said of hockey, was inducted to the U.S. Hockey Hall of Fame in 2013. The 2022 Winter Olympics will be held in Beijing, Feb. 4-20.