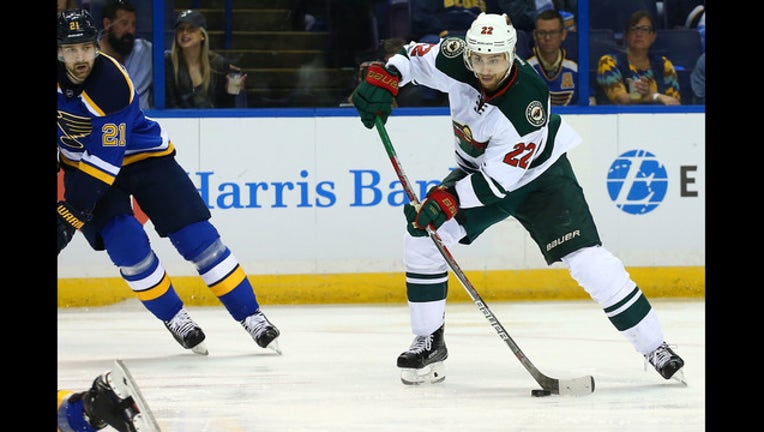 Nino Niederreiter of the Minnesota Wild shoots the puck against the St. Louis Blues during the 2017 NHL Stanley Cup Playoffs at the Scottrade Center on April 19, 2017 in St. Louis, Missouri. (Photo by Dilip Vishwanat/Getty Images)

ST. PAUL, Minn. (KMSP) - The Minnesota Wild announced Sunday it was re-signing free agent Nino Niederreiter to a five-year deal, locking up an offensive leader with more than 20 goals in each of the last three seasons.

An incredibly reliable presence on the ice, the 24-year-old played in every game last season, scoring 57 points.