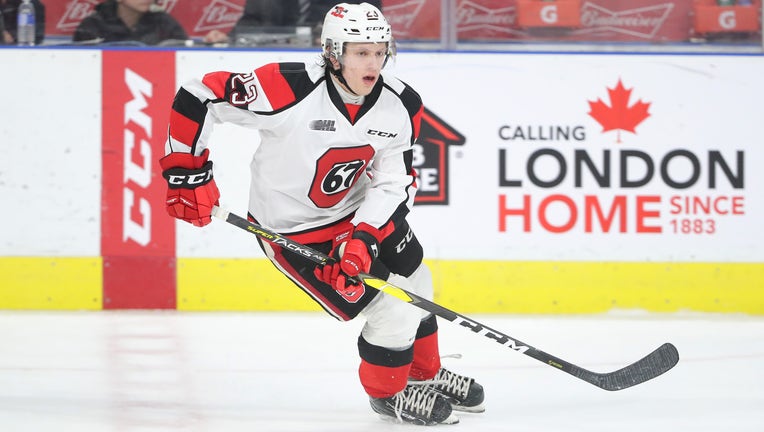 LONDON, ON - JANUARY 12: Marco Rossi #23 of the Ottawa 67s skates with the puck in the first period during OHL game action against the London Knights at Budweiser Gardens on January 12, 2019 in London, Canada. (Photo by Tom Szczerbowski/Getty Images)

(FOX 9) - With the ninth overall pick in the 2020 NHL Entry Draft, the Minnesota Wild selected Marco Rossi, a center from the Ottawa 67s in the OHL and an Austrian native.

Rossi, a 2001 birth year from Feldkirch, Austria, was ranked sixth in the NHL's Central Scouting ranking of North American skaters. He was classified as a North American because he played junior hockey in Ottawa.

Rossi led all Canadian Hockey League players with 120 points in 56 games, including 39 goals and 81 assists.

The Wild are scheduled to pick 39th overall in the second round Wednesday. The club currently does not have a third round pick but will pick 101st overall in the 4th round, 132nd in the 5th round, 163rd in the 6th round and 194th in the 7th round barring any trades.