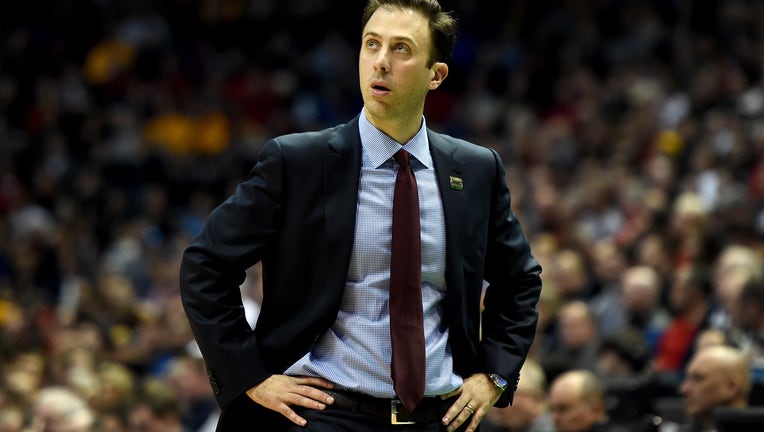 MINNEAPOLIS - Richard Pitino knows the clock might be ticking on his time with the University of Minnesota men’s basketball team.

The Gophers (13-12, 6-12) have lost five straight games, eight of their last 10 and are on the outside looking in when it comes to the NCAA Tournament conversation. Earlier this season, they were as high as No. 16 in the country after wins over Iowa, Michigan, Michigan State and Ohio State.

Most recently, Minnesota lost at home to Northwestern, which snapped a 13-game losing streak in the process, after the Gophers got out to a 17-3 lead. The Gophers then lost at Nebraska 78-74 Saturday night, falling to 0-9 on the road this season. Pitino is 54-94 in Big Ten play over his career, and has had just one season above .500 in the conference. That was the 2016-17 season, when he was named the Big Ten Coach of the Year.

Pitino met with Minnesota Athletic Director Mark Coyle before the loss to the Cornhuskers, fueling speculation that his future with the Gophers is in jeopardy.

Coyle told WCCO Radio Wednesday morning he doesn't talk about his coaches or their futures until after the season.

The Gophers finish the regular season with games at Penn State Wednesday night, then hosting Rutgers on Saturday before heading to the Big Ten Tournament. They need to win out, and probably get two wins at the league tournament to have any shot at being involved in Selection Sunday.

If that doesn’t happen, Pitino’s time in Minnesota might be coming to an end after eight seasons. He’s aware of the chatter and speculation, but he’s not giving up.

"It’s part of the profession, of course it’s hard. We’re not done yet, we’re not waving the white flag by any means," Pitino said. "It comes with the profession, I’ve dealt with it before and we’ve gotten through it. At the end of the day, let’s go get Penn State. It ain’t over until it’s over."

The players say they’re not giving up either, despite another late season slide.

"The mentality hasn’t changed, it hasn’t shifted. A lot of people are definitely doubting us, counting us out now. We really think we can go get these next two and gain some momentum, go into the Big Ten Tournament strong and hopefully make a run," said point guard Marcus Carr, who had 41 points in Saturday’s loss at Nebraska.

The Gophers know what they need to do: Finish the regular season with wins over Penn State and Rutgers, and take that confidence to the Big Ten Tournament. Problem is, they might be without two starters again Wednesday night.

Pitino said Gabe Kalscheur remains out with a broken finger on his shooting hand. Liam Robbins is still not practicing, and is a game-time decision. Both Gach is also playing through a foot injury that will likely require surgery after the season.

The Gophers say their confidence hasn’t wavered despite losing five straight, eight of 10, dealing with injuries and speculation that the head coach might be dismissed after the season.