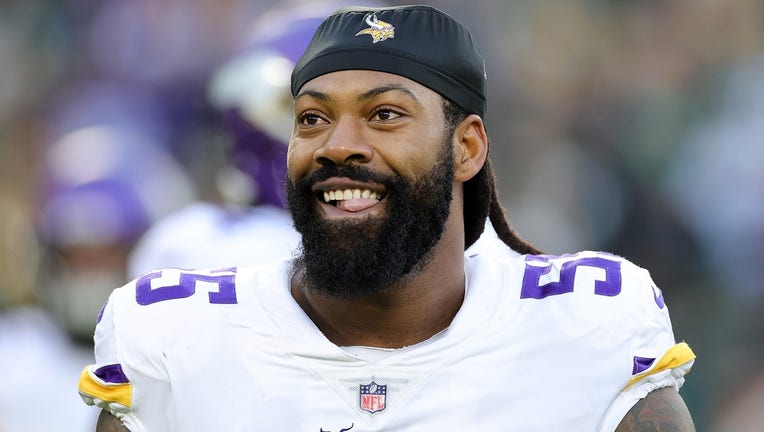 Za'Darius Smith #55 of the Minnesota Vikings participates in warmups prior to a game against the Green Bay Packers at Lambeau Field on January 01, 2023 in Green Bay, Wisconsin.  ((Photo by Stacy Revere/Getty Images))

MINNEAPOLIS - The Minnesota Vikings finish the 2022-23 regular season against the Chicago Bears at noon Sunday at Soldier Field, and will do so without at least five regular starters.

Garrett Bradbury will miss his fifth straight game with a back injury, but the hope is he’ll be ready to play when the Vikings host the NFC Wild Card Playoffs next weekend. Also inactive for the Vikings on Sunday are safety Harrison Smith, linebacker Za’Darius Smith, defensive lineman James Lynch, linebacker Brian Asamoah and defensive back Cam Dantzler.

Vikings back to work with hearts heavy for Damar Hamlin

The Minnesota Vikings are back to work getting ready for the Chicago Bears, but with heavy hearts after Damar Hamlin collapsed on the field and went into cardiac arrest at Cincinnati Monday night.

Harrison Smith practiced all week, but appeared on the injury report Friday with knee soreness and is being held out as a precaution. Za’Darius Smith was away from the team due to personal reasons, flew separate from the team to Chicago but is not playing Sunday. Dantzler has an ankle issue.

With Bradbury out and Austin Schlottmann on injured reserve, Chris Reed will start at center.

The Vikings could opt to give several starters rest or limited snaps Sunday as they need a win over the Bears and a San Francisco 49ers loss to the Arizona Cardinals to earn the No. 2 seed in the NFC Playoffs. Otherwise, they’ll be the No. 3 seed. The Bears are without quarterback Justin Fields, and Nathan Peterman is getting the start and with a loss, the Bears would have the No. 1 pick in April's NFL Draft.