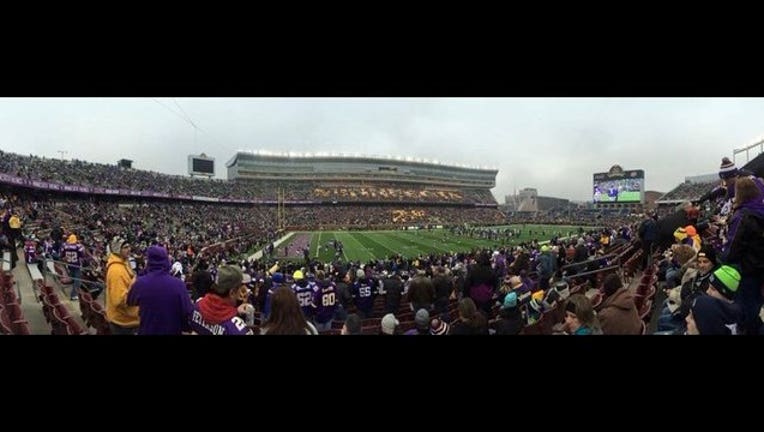 MINNEAPOLIS (KMSP) - The Minnesota Vikings no longer have sole possession of the NFC North after Green Bay's jaw-dropping win on Thursday and Sunday’s trouncing of the Vikings by Seattle.

The heart of the Vikings defense ended up on the sideline Sunday as Anthony Barr and Harrison Smith both started, but were out of the game with injuries by the end of the first quarter.

Already up 7-0, Russell Wilson raced into the endzone to give the Seahawks a 14-0 lead. The Vikings tried to dial up the offense before halftime, but Teddy Bridgewater's throw sailed over Stefon Diggs for an Earl Thomas interception. Wilson needed just one play to make the Vikings pay, firing a 20-yard strike to Doug Baldwin for a 21-0 halftime lead.

The Seahawks continued their domination in the second half, cruising to a 38-7 win.