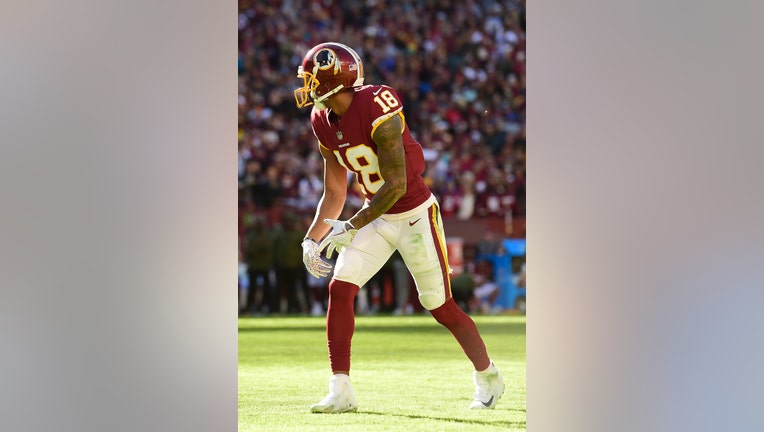 LANDOVER, MD - NOVEMBER 04: Wide receiver Josh Doctson #18 of the Washington Redskins in action during a game against the Atlanta Falcons at FedExField on November 4, 2018 in Landover, Maryland. (Photo by Patrick McDermott/Getty Images) (Patrick McDermott / Getty Images)

Doctson, a fourth-year pro, was released by Washington Saturday.

He hauled in 81 receptions for more than 1,100 yards and eight touchdowns in 33 career games.

Doctson also has familiarity with Vikings play-caller Kirk Cousins, as the two overlapped during their times in Washington.

Doctson is a graduate of Texas Christian University.

In a corresponding move, the Vikings released Center Brett Jones, a fifth-year pro out of Regina, Saskatchewan.