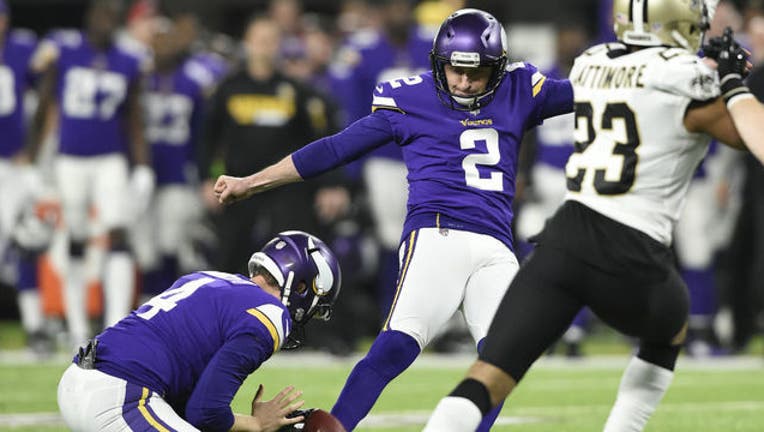 Kai Forbath #2 of the Minnesota Vikings kicks a field goal attempt at the end of the second quarter of the NFC Divisional Playoff game against the New Orleans Saints on January 14, 2018. (Photo by Hannah Foslien/Getty Images)

Forbath, 30, was picked up by the Vikings during the 2016 season to replace Blair Walsh. Last season, his only full season with the team, he made 32 of this 38 attempted field goals.

This is his seventh season in the NFL.