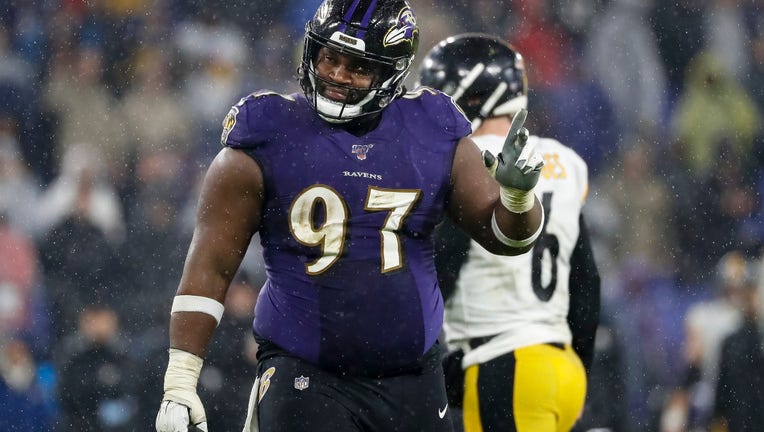 Michael Pierce #97 of the Baltimore Ravens reacts to a play during the second half of the game against the Pittsburgh Steelers at M&T Bank Stadium on December 29, 2019 in Baltimore, Maryland. ((Photo by Scott Taetsch/Getty Images))

MINNEAPOLIS - The Minnesota Vikings will be without their one key free agent signing of the off-season for the 2020 season.

The Vikings announced Tuesday that defensive tackle Michael Pierce has opted not to play the 2020 season due to health concerns with the Covid-19 pandemic. The team placed Pierce on the reserve/opt-out list. Pierce has asthma and is considered high-risk to get Covid-19.

Pierce was set to enter his fifth NFL season and was signed by the Vikings in free agency to replace Linval Joseph on the defensive line. Pierce made 14 starts last year and had 35 tackles, two tackles for a loss, a half sack and a fumble recovery.

Pierce is the only Vikings player currently known to be opting out of the season. The team announced Monday that four players, including top draft pick Justin Jefferson, were placed on the reserve/Covid-19 list, meaning they either tested positive for Covid-19 or are in quarantine after coming in close contact with a carrier.

The Vikings also announced the head trainer and Infection Control Officer Eric Sugarman, in charge of making sure the team abides by all Covid-19 protocols at TCO Performance Center, tested positive himself for Covid-19 over the weekend.