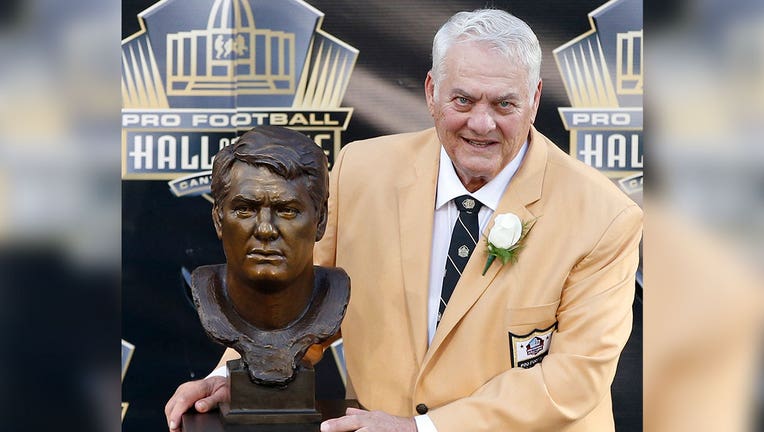 Mick Tingelhoff poses with his bust during the NFL Hall of Fame induction ceremony at Tom Benson Hall of Fame Stadium on August 8, 2015 in Canton, Ohio. (Joe Robbins / Getty Images)

MINNEAPOLIS (FOX 9) - Former Viking and Hall of Fame center Mick Tingelhoff passed away Saturday at the age of 81, the team announced on Saturday.

Tingelhoff spent his entire 17-year career in Minnesota from 1962 until 1978, playing in six Pro Bowls over his career and four Super Bowls. He also earned five All-Pro First Team selections over his career.

Tingelhoff never missed a game for Minnesota, starting 240 straight games, the longest streak ever for a center in NFL history and second-most for any Vikings player in franchise history.

In a statement on Saturday, the Wilf family remembered Tingelhoff:

"Mick Tingelhoff was the anchor of the great Vikings teams during an amazing era that included four Super Bowls. A humble but strong leader, he defined toughness. Mick's legacy will live on as a Hall of Famer, on the field and off the field. Our thoughts are with his family and friends."