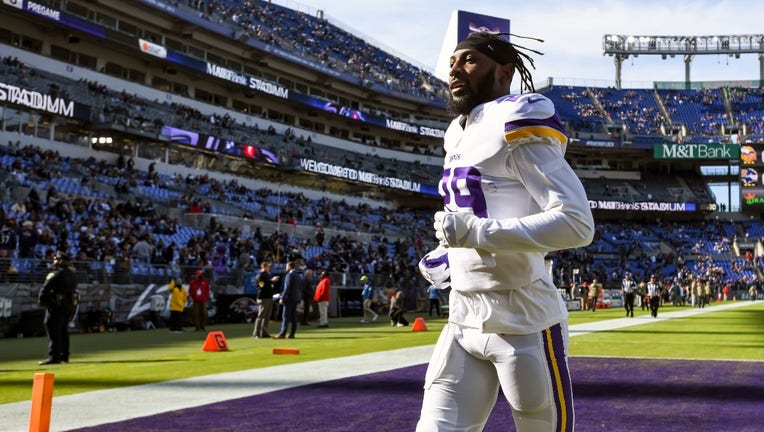 Minnesota Vikings defensive back Kris Boyd (29) leaves the field after warming up for the Minnesota Vikings game versus the Baltimore Ravens on November 7, 2021 at M&T Bank Stadium in Baltimore, MD.  ((Photo by Mark Goldman/Icon Sportswire via Getty Images))

MINNEAPOLIS - The latest mass shooting at a Texas elementary school that left 19 children and two teachers dead has America reeling, and people across the country calling for sweeping reform in gun rights.

The tragedy that unfolded at Robb Elementary School in Uvalde, Texas, hits a little too close to home for Minnesota Vikings defensive back Kris Boyd. He’s a native of Gilmer, Texas, a little more than seven hours and 400 miles away from the devastation. He announced on Wednesday he’s doing what he can to help the families affected.

Boyd started a GoFundMe, with money raised going to the families of the victims in the mass shooting.

"My heart is in Texas. I pray for everyone there, Uvalde specifically. To show love and support along with those who join, I created a GoFundMe for the families of the young children and teacher of Robb Elementary. This is from a place of love," Boyd posted to social media.

The main objective this time of the year is usually football, as the Vikings get deeper into the offseason program during OTAs.

On Wednesday, Vikings coach Kevin O'Connell and players Harrison Phillips, Eric Kendricks and Brian O'Neill, among others, visited a St. Paul elementary school a day after the tragedy to help host a book fair for elementary school students.