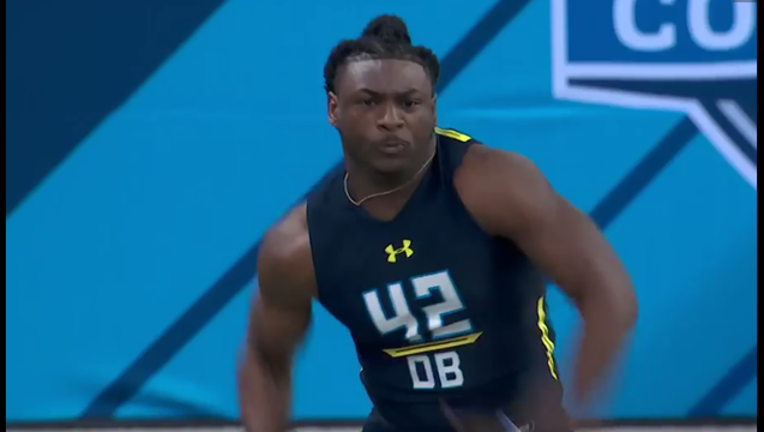 Myrick’s mark is also just hundredths of a second behind new record holder John Ross. The wide receiver from the University of Washington ran a 4.22 over the weekend, beating the previous gold standard set by Chris Johnson (4.24) in 2008.

Myrick ran a 4.32 in his second attempt.