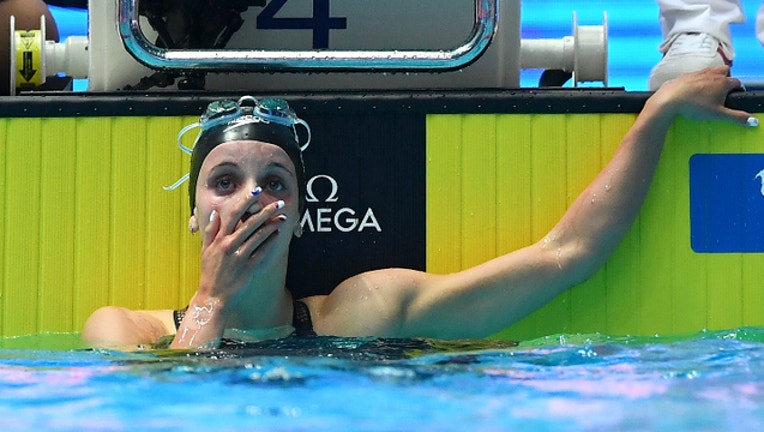 GWANGJU, SOUTH KOREA - JULY 26: Regan Smith of the United States celebrates as she sets a new world record of 2:03.35 after competing in the Women's 200m Backstroke Semifinal. (Photo by Quinn Rooney/Getty Images)

Smith lowered her own junior world record in the morning preliminaries, finishing in 2:06.01.

In the semifinals, she finished 3.22 seconds ahead of Kylie Masse of Canada, who was the second-fastest qualifier.

The final is Saturday night.

FOX 9 caught up Smith in 2017 after she qualified for Team USA at only 15 years old. Her Minnesota swim club, Riptide Swimming, congratulated her on breaking the world record.