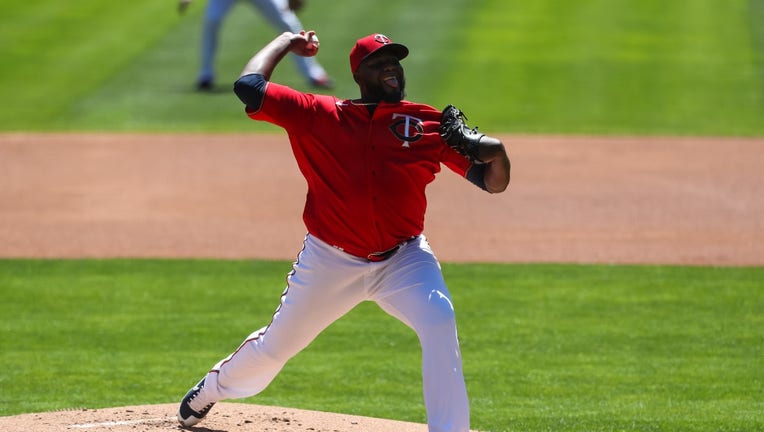 Michael Pineda #35 of the Minnesota Twins delivers a pitch against the Baltimore Orioles in the first inning of the game at Target Field on May 26, 2021 in Minneapolis, Minnesota.  ((Photo by David Berding/Getty Images))

MINNEAPOLIS - There’s no way to get around it, the Minnesota Twins are off to a slower start than anyone in the organization and fans expected.

Nine days ago, the Twins lost to the Chicago White Sox 16-4 and had the worst record in Major League Baseball at 13-26. They’ve gone 7-3 since after Wednesday’s win over the Baltimore Orioles, but there’s still a long way to go to recover from a disastrous start and get back into contention in the American League Central Division.

"We get off to the start we’ve gotten off to prior to this recent run of playing better baseball, you set yourself back. You’ve dug yourself a hole.  As a result of that, you need to play above even what you would’ve expected during any stretch of baseball in order to climb yourself back, no one is running from that," Falvey said. "We’ve got to keep showing up every single day like we did on Opening Day and keep fighting to get out of it. We know we need to punch above our weight for a period of time to get back to where we need to be. There’s no running from that."

The Twins have dealt with injuries and COVID-19 issues, and have yet to field a regular lineup through the first 49 games of the season. The Twins entered Wednesday 9.5 games behind the White Sox in the AL Central. There’s still time to catch up, but the Twins have left themselves without much room for error if they intend to make the playoffs for the third straight year under Rocco Baldelli.

"Whatever has happened up to that point is what it is. So you have to reflect that, you can’t just shirk it and pretend it doesn’t matter, you think your team is better. The record is what it is," Falvey said. "We do still feel the talent is, when we are healthy and playing the way we should, we should see more baseball like we’ve seen of late."

Wednesday, the Twins got six strong innings from Michael Pineda and a key hit from Miguel Sano in a 3-2 win over Baltimore, completing a series sweep before an off day Thursday in front of 10,574 fans at Target Field. It's their first sweep since last September. The Twins have beaten the Orioles 15 straight times, have won four straight and seven of their last 10.

"These are team efforts. Our starters going out there and throwing deeper into some of these games, our bullpen has really stepped it up in a big, big way and we’ve gotten big hits. Miggy went out there, hit a homer, drove in some runs for us. It’s a big moment for him and for the team," Baldelli said after the win.

Pineda had eight strikeouts, walked just two and had 68 strikes on 101 pitches. He allowed just one one on three hits. His only real blemish was giving up a solo homer to Trey Mancini in the first inning.

The Twins managed just two hits off Jorge Lopez until breaking through in the sixth. With two out, Sano launched a 426-foot laser, 114 miles per hour off the bat, over the fence in center for his ninth homer of the season to put the Twins ahead 3-1. Sano entered the at-bat 1-for-8 in the series.

"When I’m up with two guys on and two out, I’m looking for my pitch to hit and try to hit a home run. It’s a special moment at a special time, and I’m really happy about it," Sano said after the win.

Tyler Duffey and Caleb Thielbar had scoreless innings in relief, and Hansel Robles stranded the tying run on second in the ninth to preserve a Twins’ victory.

The Twins start a three-game series with the Kansas City Royals Friday night.