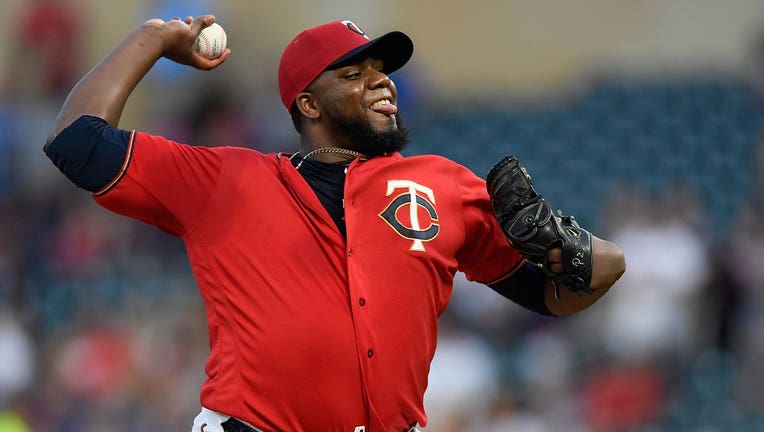 MINNEAPOLIS, MN - SEPTEMBER 06: Michael Pineda #35 of the Minnesota Twins delivers a pitch against the Cleveland Indians during the first inning of the game on SEPTEMBER 6, 2019 at Target Field in Minneapolis, Minnesota. (Hannah Foslien / Getty Images)

MINNEAPOLIS (FOX 9) - A Twins starting pitcher has been suspended 60 games by Major League Baseball for using a banned substance.

According to officials, Michael Pineda tested positive for Hydrochlorothiazide -- a diuretic banned under the MLB's drug program.

In a statement released by the Major League Baseball Players Association, Pineda said, "This was shocking for me to hear. I never intended to cheat the system, other players, or opposing teams."

Pineda says he mistakenly took the substance in an over-the-counter prescription he was using to maintain his weight. He says he takes responsibility for the mistake and says he will respect that suspension.

In a statement released by the MLB, the Twins said they were "disappointed to learn of the suspension" but expressed support for the league's program and said no further comment would be made.

Pineda has strung together 11 wins for the Twins this season. Over the last two months, he has performed extremely well, collecting seven wins on a 2.88 ERA.

The suspension comes as a huge loss to the Twins as the team is mounting a run towards the postseason.