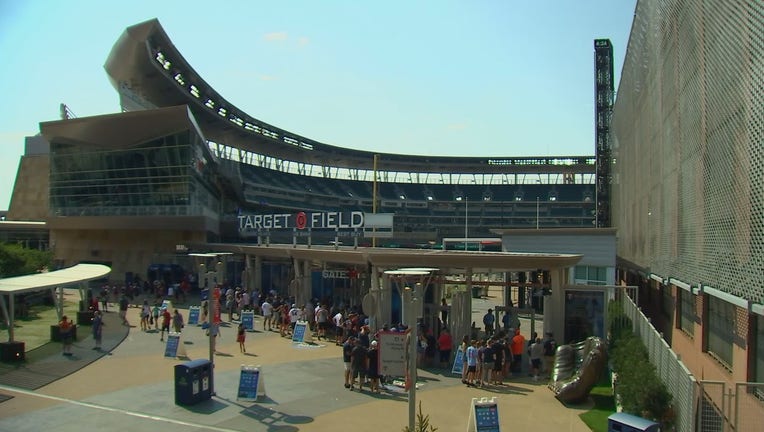 MINNEAPOLIS - It’s Opening Day for the Minnesota Twins, and they expect a capacity crowd at Target Field when they host the Seattle Mariners for the first of four games at 3:10 p.m. Friday.

Joe Ryan, a depth pitcher in the bullpen and spot starter last season, will get the start on the mound as a season of high hopes and expectations begins for the Twins. A franchise not commonly known for making splash moves in free agency did just that in 2022, after a disappointing 2021 season that finished with just 73 wins and a last place finish in the American League Central Division.

The biggest move came on March 22, when the Twins announced they signed Carlos Correa to a three-year deal. He’s arguably the best shortstop in the game, won a World Series in 2017 with the Houston Astros, is a two-time All-Star and hit 34 home runs last season. He talked about bringing a championship culture to the Twins.

That’s the consistent talk amongst the team in the clubhouse, winning division titles and making playoff runs. The Twins are hoping the moves they made in the offseason turn to tangible results on the field.

They signed Byron Buxton to a seven-year, $100 million contract just before Major League Baseball went into a lockout. When he’s healthy, Buxton is one of the most impactful players in the game. The Twins acquired Gary Sanchez to back-up Ryan Jeffers at catcher, and take over designated hitter duties. They also acquired Gio Urshela from the Yankees to play third base, and shed Josh Donaldson’s contract to make landing Correa possible.

With Jose Berrios gone and Kenta Maeda out for most of the season after Tommy John surgery, the Twins needed starting pitching. They signed two-time All-Stars Sonny Gray and Chris Archer, whom they both hope can resurrect their careers from injuries. The Twins on Thursday also traded Taylor Rogers and Brent Rooker to the San Diego Padres for starting pitcher Chris Paddack, and reliever Emilio Pagan.

The Twins should feature a potent offense that includes Buxton, Correa, Jorge Polanco, Urshela, Miguel Sano, Max Kepler and others. The question is can the starting rotation give them a lead into the late innings, and can the bullpen finish off close games?

For now, it’s Opening Day and it’s a celebration of baseball at Target Field. After slowly welcoming back fans in 2021 due to the COVID-19 pandemic, the team can now have capacity attendance without restrictions for the first time since the 2019 season. The Twins have 12 games in April at Target Field, so now it’s up to Mother Nature to cooperate after Thursday’s opener was postponed.