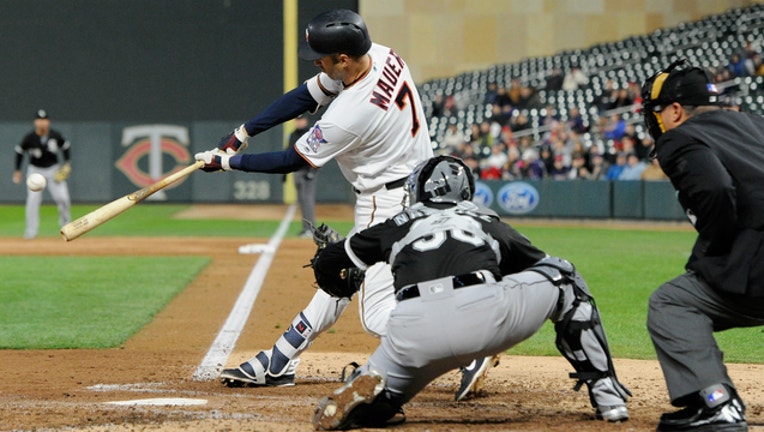 MINNEAPOLIS, MN: Joe Mauer #7 of the Minnesota Twins hits an RBI single during the third inning of the game on April 12, 2018 at Target Field in Minneapolis, Minnesota. (Photo by Hannah Foslien/Getty Images)

MINNEAPOLIS (KMSP) - As far as Minnesota Twins legends, Joe Mauer was already on the shortlist—though after Thursday night, there's no doubt where he stands.

In the middle of a homestand at Target Field against the Chicago White Sox, the St. Paul native notched his 2,000th hit in Major League Baseball on a two-RBI single up the middle--a milestone that elicited congratulations from around the league.

Mauer is just the third Twins player to notch 2,000 hits, joining Rod Carew and Kirby Puckett in an exclusive club of Twins greats. Only nine active players have reached that mark.