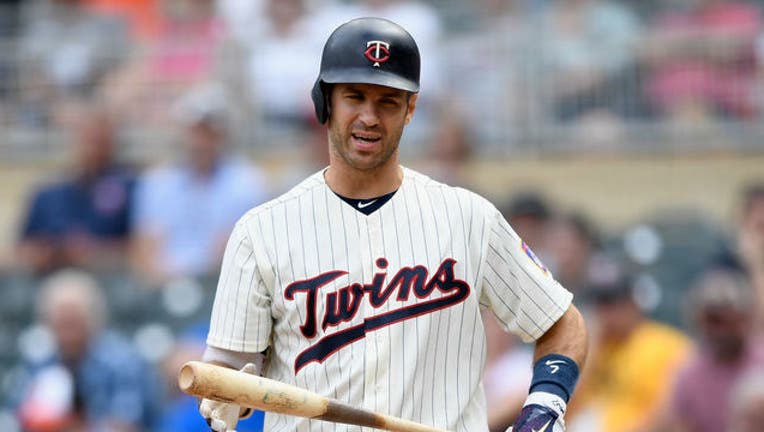 Joe Mauer #7 of the Minnesota Twins reacts to striking out against the Cleveland Indians during the ninth inning of the game on August 1, 2018 at Target Field in Minneapolis, Minnesota. (Photo by Hannah Foslien/Getty Images)

MINNEAPOLIS (FOX 9) - The Minnesota Twins will honor Joe Mauer with a weekend-long celebration in June as the team retires his jersey number.

Mauer, a St. Paul native, was drafted by the Twins in 2001 and spent his entire 15-year career in the Twin Cities before retiring last season.

Mauer's number seven will be retired on Saturday, June 15, but the team will first host "Prince Night" on Friday, June 14. The first 10,000 fans at the stadium that night will get a purple Prince/Twins jersey. Other fans who bought "Prince Theme Night" ticket packs will get a Twins/Prince-themed hat.

The next night, the team will give away free No. 7 baseball caps to the 40,000 fans before the jersey retirement ceremony. Finally, the team will wrap up the weekend with Kids Day on Sunday.

A group of former Twins players, managers, and executives are also set to take part in the weekend's festivities.