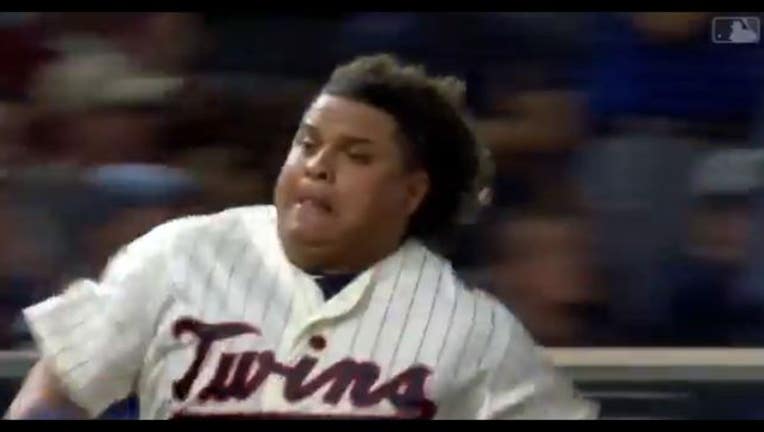 MINNEAPOLIS (KMSP) - In a rare feat, the Twins actually beat the Yankees last night with Jake Odorizzi dazzling the Bronx Bombers, taking a no-hitter into the eight inning and coming away with a 3-1 victory.

But, the highlight of the night was Twins' catcher Willians Astudillo, nicknamed Tortuga (which means turtle in Spanish), proving slow and steady doesn't always win the race. Astudillo rumbled home from first on a Max Kepler double with his hair flowing in the breeze.

Astudillo followed the all-hustle play with an quote for the ages.