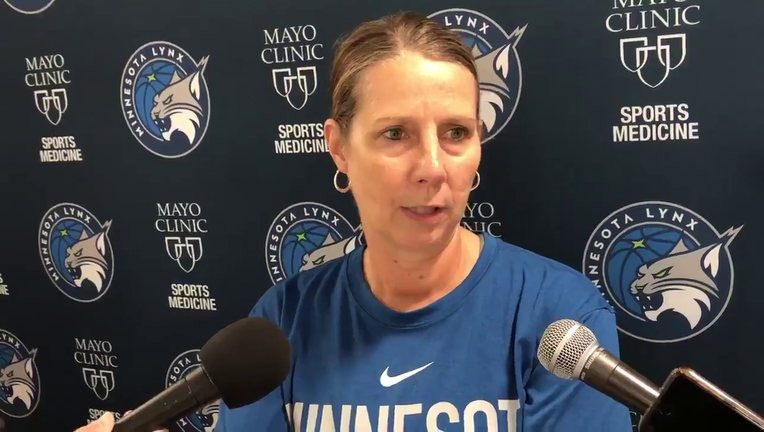 MINNEAPOLIS - The Minnesota Timberwolves and Lynx announced Wednesday they’re entering a multi-year partnership with The Minneapolis Foundation in an effort to fight racism and social injustice.

The effort comes in the wake of the death of George Floyd in an officer-involved incident in Minneapolis on May 25. Floyd died after Derek Chauvin with the Minneapolis Police Department was spotted on video restraining a handcuffed and unarmed Floyd on the ground with his knee on Floyd’s neck for nearly nine minutes.

Floyd pleaded for help and screamed, “I can’t breathe.” He eventually lost consciousness and was taken to Hennepin County Medical Center, where he was pronounced dead a short time later. In the aftermath of the incident, there have been protests both peaceful and violent that have taken over Minneapolis as tensions rise between the community and Minneapolis police.

The Wolves and Lynx partnership with The Minneapolis Foundation will be feature civic leadership duties for Ryan Saunders and Cheryl Reeve. They’ll serve as leaders on advisory committees that will oversee the Fund for Safe Communities, a fund that heads the prevention of violence, addresses systematic inequities, reforms the criminal justice system and provides healing to communities affected by Floyd’s death.

A second committee will include diverse youth from Minneapolis. Funds could be disbursed as early as next week.

“I am proud of the ways in which the Minnesota Lynx have used our voices to stand up for social justice. The senseless murder of George Floyd has strengthened our resolve to bring about change in the inequities that face our black and brown communities,” said Lynx Head Coach and General Manager Cheryl Reeve said in a statement. “This alignment with The Minneapolis Foundation will allow us to directly impact these inequities as well as be active participants in the healing of our communities.”

The Wolves and Lynx have additional initiatives that will address ending systematic racism and the need for community conversations. Players from both teams will be involved in bringing healing and change to Minneapolis. People can donate to the cause by texting “SAFEMPLS” to 243725.

“Minneapolis is a special place,” said Timberwolves Head Coach Ryan Saunders in a statement. “I want all people of color to experience this amazing city without fear. We talk a lot about actions over words; we need to make meaningful change and that starts with partnering with The Minneapolis Foundation. As leaders on this Advisory Committee – we will work diligently with our youth counterparts to listen to what needs to change, raise awareness, and partner with informed leaders who can help bring meaningful impact to our cities.”