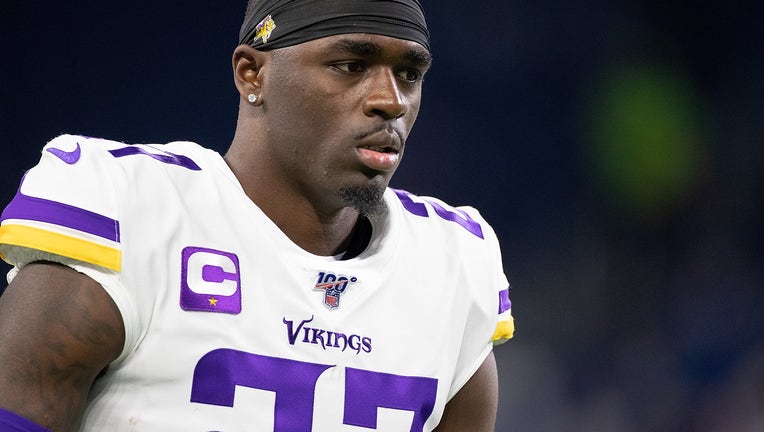 DETROIT, MI - OCTOBER 20: Jayron Kearse #27 of the Minnesota Vikings warms up prior to the start of the game against the Detroit Lions at Ford Field on October 20, 2019 in Detroit, Michigan. Minnesota defeated Detroit 42-30. (Leon Halip / Getty Images)

MINNEAPOLIS (FOX 9) - A Minnesota Vikings player was booked into Hennepin County Jail overnight after an arrest on I-94 where troopers suspect he was drunk.

According to authorities, 25-year-old Jayron Kearse was arrested after a trooper spotted a Mercedes pulling onto a closed section of I-94 around 3:40 a.m. Sunday morning. The vehicle was spotted going around a barricade near Cedar Avenue and pulling onto I-94 eastbound, troopers say.

The vehicle was pulled over shortly after going around the barricade. After speaking with Kearse, the driver, troopers say they suspected he may be drunk. A test showed Kearse had a BAC of .10, investigators report.

Then, as Kearse was taken into custody, troopers say a loaded gun was found in the vehicle.

Kearse was arrested on suspicion of driving while intoxicated and carrying a firearm without a permit.

Kearse, a fourth-year defensive back with the Vikings, has played in all eight of the team's games this year and has started in two contests.

In a statement, a Vikings spokesperson said the team is aware of the arrest and currently gathering more information on the incident.