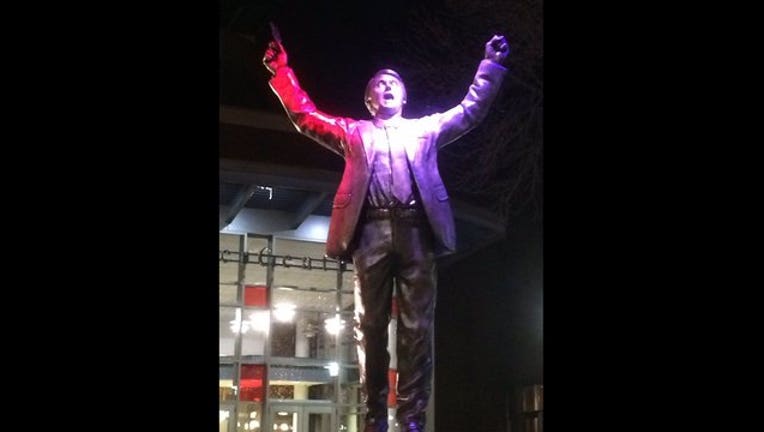 ST. PAUL, Minn. (KMSP) - The State of Hockey is honoring one of their most famous hockey coaches with a newer, larger statue in downtown St. Paul.

A statue of Herb Brooks, the infamous coach who helped the 1980 Miracle on Ice team to Olympic gold, was unveiled on Wednesday next to the newly opened restaurant inspired by Brooks – Herbie’s On the Park on Washington Street.

The newer, larger statue replaces the old, life-size statue of Brooks, which sat in the same spot.