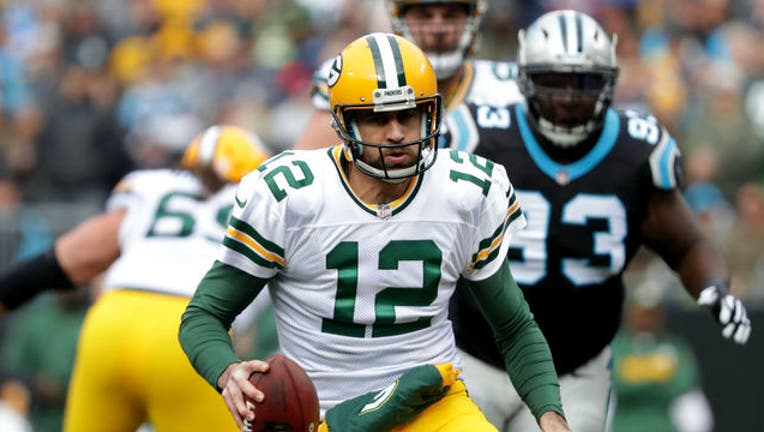 Aaron Rodgers #12 of the Green Bay Packers runs the ball against the Carolina Panthers in the second quarter during their game at Bank of America Stadium on December 17, 2017 in Charlotte, North Carolina. (Photo by Streeter Lecka/Getty Images)

Currently, residents in the 13 Wisconsin counties assigned to an out-of-state TV market in either Minnesota or Michigan can only get the Minnesota Vikings or Detroit Lions on their TVs when those teams are playing at the same time as the Packers.

Baldwin’s "Go Pack Go Act," introduced Wednesday, would require cable, satellite and other video providers to provide “Wisconsin subscribers with access to programming from the broadcast television stations in a Wisconsin media market,” according to a news release.

Burnett, Washburn, Polk, Barron, St. Croix, Dunn and Pierce counties in Wisconsin are all in the Twin Cities media market. Per NFL rules, Fox 9 cannot air any game, including the Packers, when the Vikings are playing at home or on another network.