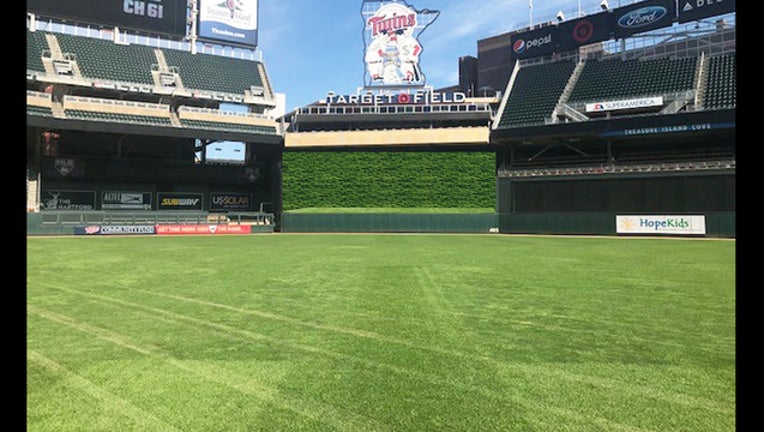 The Minnesota Twins are transforming the batter's eye at Target Field into a "living wall" for the 2019 season and beyond. (Photo credit: Minnesota Twins)

MINNEAPOLIS - The Minnesota Twins continue to do right by their players as sports franchises across the world deal with financial difficulties due to the Coronavirus pandemic.

According to multiple reports, the Twins are paying their minor league players a $400 per week stipend, and their full benefits, through Aug. 31. That’s around the time the minor league season is scheduled to end.

The Twins also don’t plan to release any minor league players, which some teams have done to cut costs due to Covid-19 concerns. If the minor league season is canceled, all players currently in the Twins’ farm system will get paid $400 per week.

Major League Baseball and its players s’ association have been in negotiations for weeks on agreeing to terms for a modified season when health officials deem it’s safe to get back on the field. The current scenario has teams playing around 80 games, and the Twins would play all American League Central Division opponents, plus opponents from the National League Central Division. All teams would play with a designated hitter.

MLB and the union are at an impasse over splitting revenue, which is currently the biggest obstacle over reaching an agreement.

The hope is for an agreement to be in place for teams to be ready to play for the first week of July. The Twins are coming off their first AL Central title since 2010, and winning 101 games in the first year under manager Rocco Baldelli.