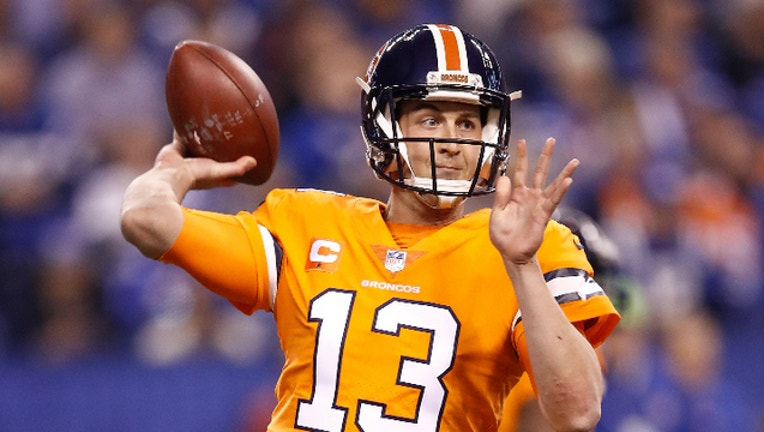 INDIANAPOLIS, IN - DECEMBER 14: Trevor Siemian #13 of the Denver Broncos throws a pass against the Indianapolis Colts during the first half at Lucas Oil Stadium on December 14, 2017 in Indianapolis, Indiana. (Photo by Andy Lyons/Getty Images)

EAGAN, Minn. (KMSP) - Another quarterback is joining the ranks of the Minnesota Vikings.

The Broncos drafted Siemian in the seventh round in 2015. Over the last two seasons with the team, he appeared in 26 games with 24 starts.

Last season, he went 5-5 in games started and threw for 2,285 yards, recording 12 touchdowns and 14 interceptions. His career completion percentage is 59.3.