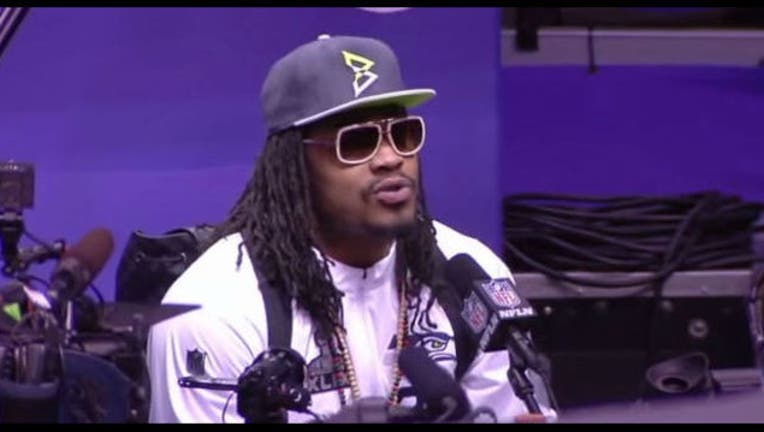 During yesterday's Super Bowl media day, Seattle Seahawks running back fielded 29 questions. In response to each one, he offered up some variation of, "I'm here so I won't get fined."

That wasn't the first time Lynch has pulled a stunt of that sort. He was fined $50,000 in November for refusing to talk to reporters, and during last year's Super Bowl media day, he offered up little more than saying, "I'm just 'bout that action, boss."

Lynch's antics apparently got on the nerves of Brian Murphy, a Vikings reporters for the Pioneer Press, who offered up this tweet today: