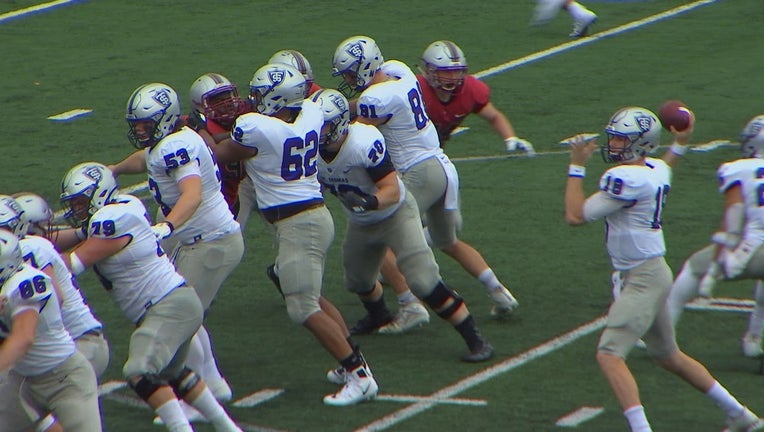 MINNEAPOLIS - St. Thomas athletics could be in limbo for at least another 10 months after the NCAA Division I council decided Wednesday to wait until as late as April of 2021 to vote on sending the Tommies from Division III to Division I.

It doesn't rule out that St. Thomas would transition to becoming a Division I school for the 2021-22 academic year. The NCAA Division I Council indicated it would be receptive to a formal waiver request from St. Thomas, and the Summit League, that would allow the school to begin the reclassification process. The total process would take up to five years, with the pre-application process being in the first year.

“We will immediately begin our work with Commissioner Tom Douple and the NCAA to formally submit our waiver request,” said Phil Esten, St. Thomas vice president and athletic director. “While I know all of us are anxiously awaiting definitive word on where we will be competing starting with the 2021-22 season, we must remain patient for just a little while longer. As always, I remain optimistic about the future of Tommie athletics, and we look forward to continuing to work with the NCAA on reclassification process.”

It means the University of Minnesota could no longer be the sole Division I athletic institution in the state in two years. St. Thomas sports across the board have one more year in the Minnesota Intercollegiate Athletic Conference, after the school’s presidents voted to change a bi-law on undergraduate enrollment that eliminated the Tommies from the MIAC after the 2020-21 year.

The NCAA's original vote was supposed to be at a meeting in April, but it was postponed due to the Coronavirus pandemic.

The St. Thomas/St. John’s football game, most likely the last in the historic rivalry, is scheduled to take place in November at U.S. Bank Stadium. Tickets for the game have not been released, due to concerns about large public gatherings due to the Coronavirus pandemic.

The next move for St. Thomas, if they file a waiver and it gets approved, is to find a Division I conference within the region to join. The logical choice is the Summit League, though that conference does not include football or ice hockey. The St. Thomas football team would likely become an FCS program, while one of the options for men’s and women’s hockey is likely the WCHA.