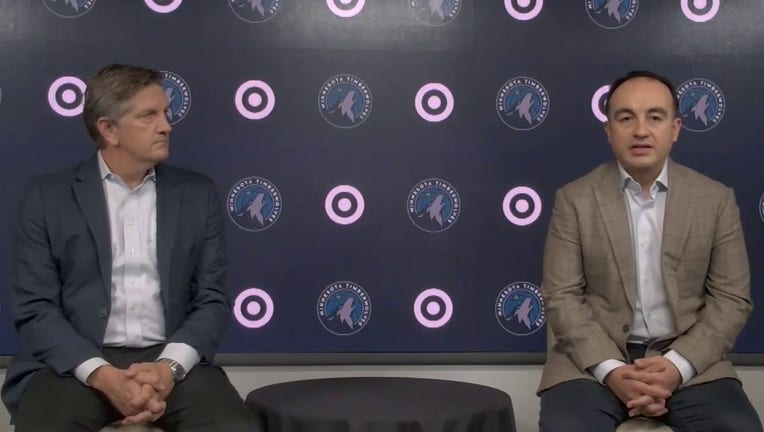 MINNEAPOLIS - The National Basketball Coaches Association on Wednesday sounded off on the decision by Gersson Rosas to hire Chris Finch as the next head coach of the Minnesota Timberwolves.

Sunday night after a loss to the New York Knicks, Rosas fired Ryan Saunders after two-plus seasons. Within hours of the move, Rosas was in the process of finalizing a multi-year contract to bring Finch to Minnesota from the Toronto Raptors. Finch is 51 years old, has more than two decades of coaching experience and is white.

In a joint statement, NBCA Coach President Rick Carlisle and Executive Director David Fogel on Wednesday expressed the association’s concern over the Wolves’ hiring process. Finch was a finalist for the job two years ago, before Saunders was named the permanent head coach.

"It’s always bittersweet when one coach is fired and another is hired. But this is not about individual coaches. We would be remiss not to acknowledge a deeper concern and level of disappointment with the Minnesota head coach hiring process.

The NBCA understands and respects each organization’s right to hire and fire whomever and whenever it chooses. But it is also our responsibility to point out when an organization fails to conduct a thorough and transparent search of candidates from a wide range of diverse backgrounds.

During this past offseason, we saw many NBA head coaching vacancies where teams led searches that were both diverse and transparent. This must be the standard. We must establish a level playing field and equal access to opportunity for all coaching candidates.

The NBCA has been working closely with the League Office on a wide range of initiatives that will improve future coaching searches. In partnership with the NBA, we look forward to sharing details in the weeks to come," the statement reads.

One of the primary concerns was over assistant coach David Vanterpool, who is a minority, not being considered. Portland Trailblazers stars Damian Lillard and C.J. McCollum, who both played for Vanterpool, each expressed their disappointment over Vanterpool not getting the job on social media.

Speaking with reporters on Monday while introducing Finch, Rosas defended his decision.

"Anybody that knows me knows how important diversity is to me, it’s a big part of who I am and what I’m about," Rosas said. "A lot of what this process and this search was about was going back to our original search when we hired Ryan. Chris was a finalist there, there were other minority candidates there that we considered. We looked at David Vanterpool and Pablo Prigioni as internal options, but at the end of the day with where we’re at, we have to be realistic with ourselves. We needed to be bold and direct with this opportunity."