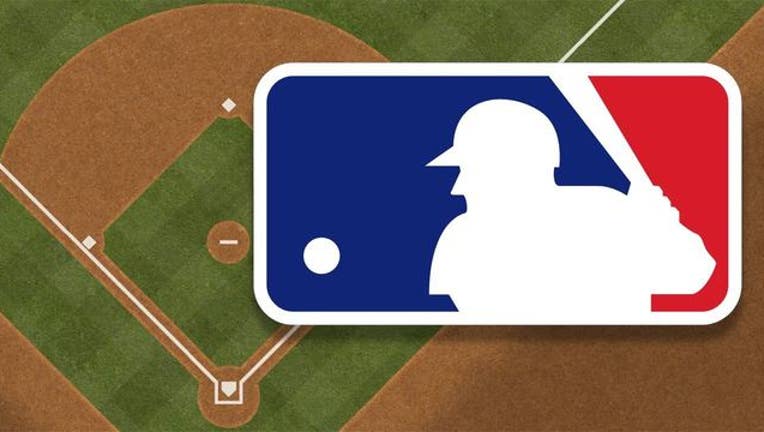 Murphy stole an uncovered third base and went on to score the tying run, then hit a go-ahead homer off Zack Greinke to lead the Mets over the Dodgers 3-2 Thursday night and into an NL Championship Series matchup with the Chicago Cubs.

New York trailed 2-1 in the decisive Game 5 of the NL Division Series when, with three infielders on the right side and no one near third, Murphy strolled to second on Lucas Duda's fourth-inning walk and sprinted to third. Travis d'Arnaud followed with a sacrifice fly.

Murphy homered in the sixth for a 3-2 lead. He went 3 for 3 against Greinke, the Dodgers' No. 2 ace who couldn't stave off elimination for the second straight game. Murphy hit .333 in the series and homered three times off Greinke and Clayton Kershaw.

The Mets will host the Chicago Cubs in Game 1 on Saturday night. The two teams have never met in the postseason.

Jacob deGrom allowed runners in his first five innings but just two runs — on RBI singles by Justin Turner and Andre Ethier that put the Dodgers ahead 2-1 in the first. DeGrom (2-0), the 2014 NL Rookie of the Year with the long, shaggy hair, struck out seven and walked three to earn his second road win of the series.

Noah Syndergaard pitched the seventh in the rookie's first big league relief appearance, and Jeurys Familia got the first six-out save of his career. Familia retired pinch-hitter Chase Utley — who earned the Mets' wrath after his takeout slide broke shortstop Ruben Tejada's leg in Game 2 — on a flyout.

Playing on the 27th anniversary of Kirk Gibson's World Series home run, Los Angeles failed to come up with a big drive, going 0 for 11 with runners in scoring positions.

Despite a record $289 million payroll, the Dodgers remained without a World Series title since 1988. Andre Ethier shouted at Dodgers manager Don Mattingly in the dugout in the third.

Murphy doubled in the Mets' first run in the first, but the Dodgers went ahead with four consecutive singles in the bottom half.

Los Angeles failed to capitalize with two runners on in the second and third. After Justin Turner led off the third inning with a double, Ethier followed with a popup to left.

Ethier returned the dugout and began yelling at Mattingly while simultaneously walking away from him. Mattingly followed, and twice Ethier turned towards Mattingly and yelled at him while gesturing angrily with his arms, pointing twice at the field and twice directly at Mattingly.

Ethier remained in the game and went out to right field for the fourth.

Turner had a pair of doubles, giving him a franchise playoff-record six in one series.

The Dodgers' fell to 4-1 in elimination playoff games since moving to Los Angeles in 1958.

Los Angeles got bounced out of the playoffs for the third straight year on a night when nostalgia ruled Dodger Stadium. Video of Gibson's dramatic two-out, pinch-hit winning home run against Oakland was shown on the video board before the game and Orel Hershiser, ace of the 1988 World Series title team, tossed out the ceremonial first pitch.