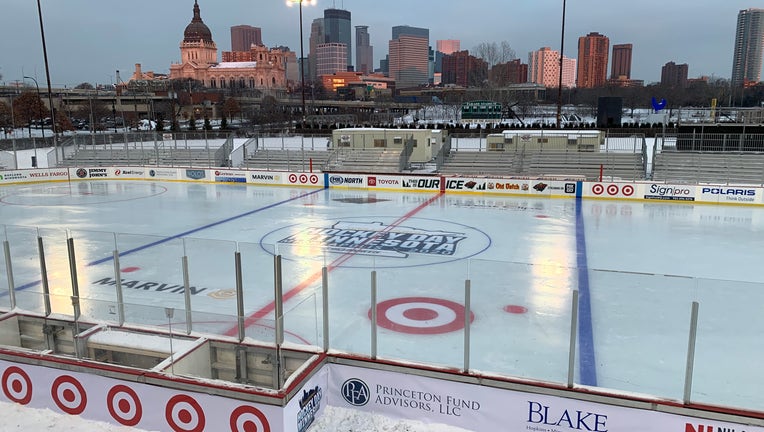 The ice for Hockey Day Minnesota is ready for whatever the weather may bring. (FOX 9)

MINNEAPOLIS - The University of St. Thomas is making the leap to play athletics in Division I starting in the fall, and the men’s hockey program will be involved in the next state-wide celebration of Minnesota hockey.

Blakeslee Stadium holds about 7,000 spectators and is home to the MSU-Mankato football team.

Officials with Hockey Day Minnesota will announce more details, including the date and teams involved, will be announced later this summer.