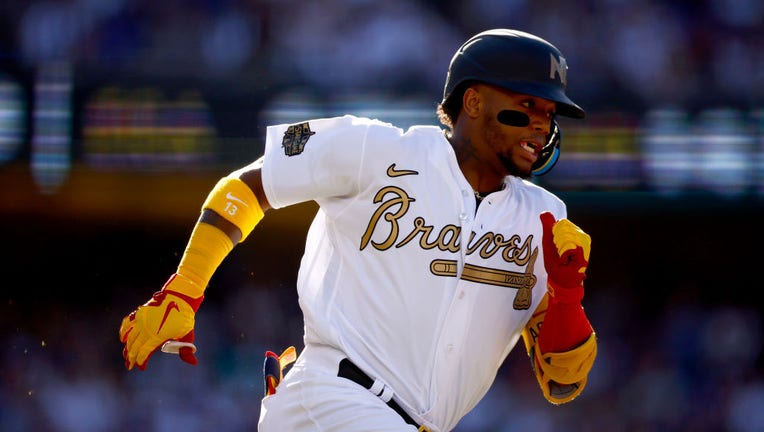 Ronald Acuna Jr. #13 of the Atlanta Braves rounds the bases against the American League in the first inning during the 92nd MLB All-Star Game presented by Mastercard at Dodger Stadium on July 19, 2022, in Los Angeles, California. (Photo by Ronald Mar

LOS ANGELES - The American League got timely home runs from Giancarlo Stanton and Byron Buxton to help them defeat the National League 3-2 in the 2022 Major League All-Star Game on Tuesday night.

Cleveland Guardians pitcher Emmanuel Clase closed down the door for the American League, striking out the side and holding the National League scoreless in the ninth inning at Dodger Stadium in Los Angeles.

It’s the ninth consecutive win for the American League. Stanton, of the New York Yankees, was named the All-Star Game MVP for his clutch hitting. It was his first time receiving the honor.

Deferred payment contracts are not unheard of in Major League Baseball. Here is a look at some of the most notable:

The American League would get all the runs back and then some in the fourth inning.

The next batter, Buxton, would then hit a solo home run to give the lead to the AL. 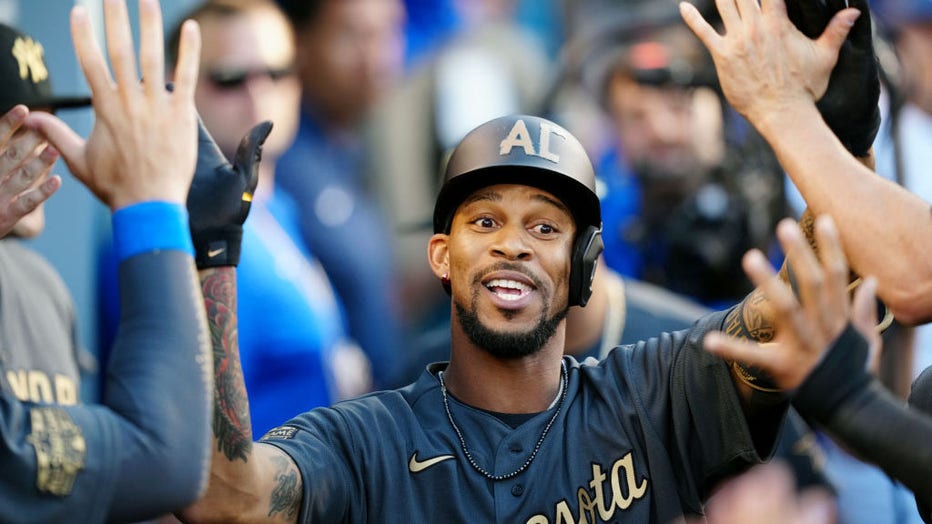 LOS ANGELES, CA - JULY 19: Byron Buxton #25 of the Minnesota Twins is greeted in the dugout after hitting a solo home in the fourth inning during the 92nd MLB All-Star Game presented by Mastercard at Dodger Stadium on Tuesday, July 19, 2022 in Los An

One of the best plays in the game came in the first inning. Guardians second baseman Andres Gimenez scooped a ball down the middle of the infield and tossed it behind his back to Chicago White Sox shortstop Tim Anderson who fired it off to first for a double play.

Later in the game, and before the Stanton and Buxton home runs, Toronto Blue Jays pitcher Alek Manoah was mic’d up and fans got to listen to him and FOX commentator John Smoltz go back and forth on strategy.

Albert Pujols, who was a legacy selection for the St. Louis Cardinals, got a standing ovation in the bottom of the fourth inning. It’s Pujols’ last All-Star Game.

In the bottom of the sixth, Yankees pitcher Nestor Cortes and catcher Jose Trevino were paired together during their All-Star appearances. Both players were making their first All-Star Game appearance. 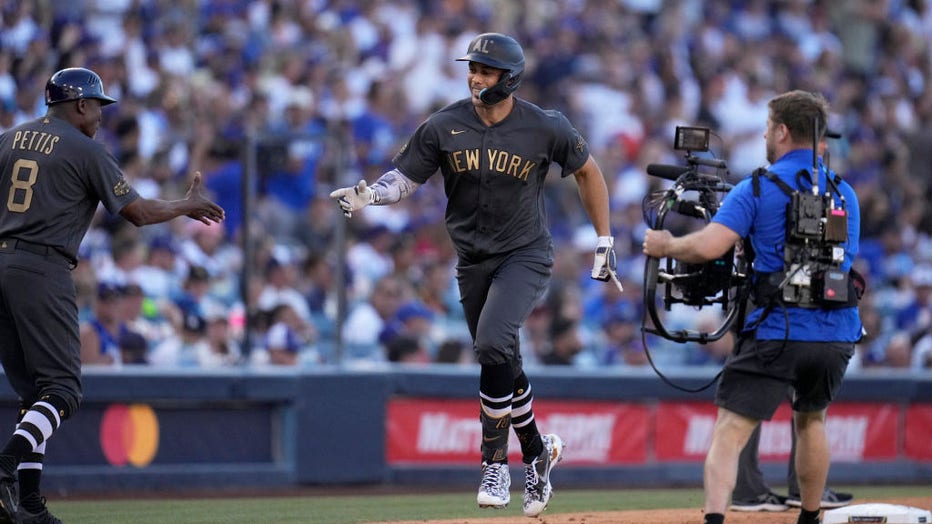 Trevino couldn’t believe the moment that was before him during his own at-bat in the seventh.

In the top of the eighth, American League batters were faced with 103 mph heat from Cardinals reliever Ryan Helsley.

The 2023 All-Star Game is set for T-Mobile Park in Seattle next season.

The 2022 Major League Baseball regular season gets back underway Thursday for some teams.