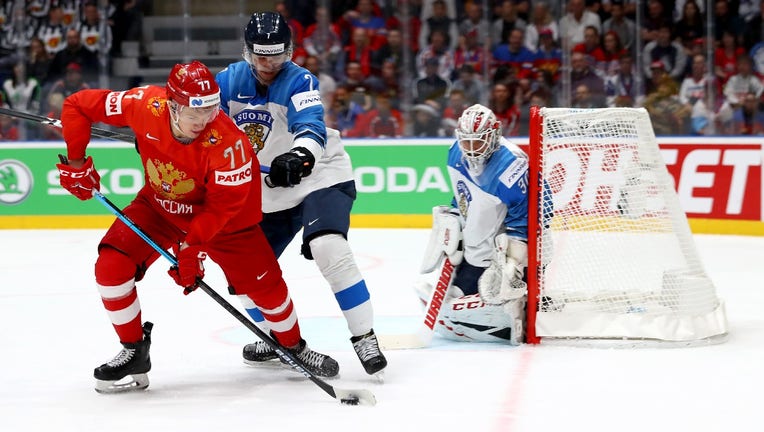 Kaprizov is one of the most highly-touted prospects in the history of the Wild. He was the Wild’s fifth round pick, No. 135 overall, in the 2015 NHL Entry Draft. Kaprizov had 62 points, including 33 goals, a plus-32 rating, six power-play goals and six game-winning goals in 57 games this season with CSKA Moscow of the Kontinental Hockey League.

"I’ll be honest with you, it feels really good. It feels really good to get this done, we’re excited to have Kirill in the mix. We’re going to try to get him here as quickly as possible, jump through any hoops that we have to," Wild General Manager Bill Guerin said Monday. "Unfortunately he won’t be able to play in any games this year, but we’re going to get him in the mix and get him around his new teammates as quickly as we can. It’s an exciting day for a lot of reasons for the Minnesota Wild."

He set career-highs in goals, even-strength goals, assists, points and shots on goal. The Russia native led the KHL in goals for the second straight year, was third in scoring and led his team in power-play goals.

When asked what impressed him most about Kaprizov, Evason didn't hesitate and said compete level.

"What I was most impressed with was when he went into corners for 50-50 pucks, he came up with those pucks. And if he didn’t, he was competing his butt off to do that. That’s exciting for me," Evason said. "Clearly he has the skill level to score and the skill level to pass, skate, shoot, all of that. But his compete level is something that came across very clearly on the video. We are jacked to get him."