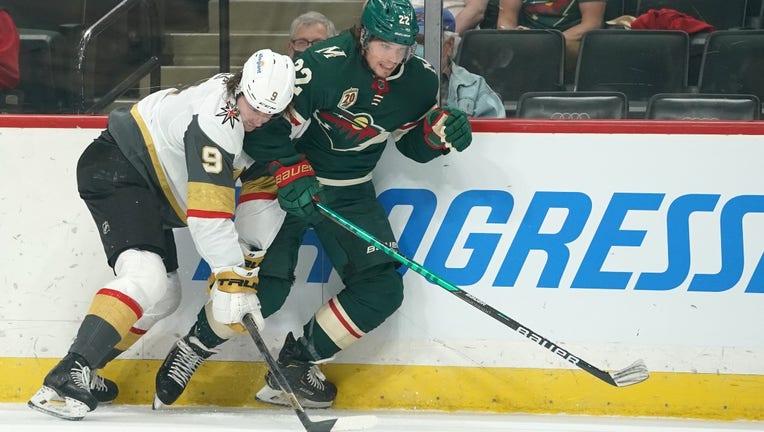 MINNEAPOLIS - The Minnesota Wild announced on Monday it has signed forward Kevin Fiala to a one-year contract to return to the team for the 2021-22 season.

The deal is worth about $5.1 million, and the team avoids an arbitration hearing with their young star that was scheduled for Tuesday. Fiala had 40 points, including 20 goals, in 50 games with the Wild last season. He added a goal and an assist in the Stanley Cup Playoffs against the Vegas Golden Knights.

"We would’ve Loved to get Kevin on a longer term deal, but after a while it just seemed like we weren’t going to be able to get anything done. With the arbitration date coming, it worked out that we could settle on a one-year deal. We’re very happy to have Kevin back in the mix and there’s no threat of him missing training camp," Guerin said Monday. "Kevin is an important player for us. We’re happy to have him signed and ready to go."

Fiala led Minnesota this season with five game-winning goals, 14 power play points and was second on the team in scoring, goals, power play goals and fourth in assists. He had 26 points over the final 22 regular season games, and tied for seventh in the NHL with 11 third period goals.

Fiala leads the Wild the last two regular seasons with 43 goals and 94 points and 114 games. In 337 career NHL games between the Wild and the Nashville Predators, Fiala has 198 career points, including 91 goals and 56 career power play points.

With the Wild unable to sign Fiala to a multi-year deal, he can become a free agent after the 2021-22 season. Guerin said they'll work hard to get something done next offseason.

"The thing is now we just have to see how the year goes and we’ll cross that bridge when we get to it. I wouldn’t rule anything out," Guerin said.

The Wild traded for Fiala in February of 2019 in the deal that sent Mikael Granlund to Nashville.

The team’s other top offseason priority is bringing back star winger Kirill Kaprizov, who led the wild in goals and points as a rookie and won the Calder Trophy. According to multiple reports, Kaprizov has a one-year deal in place with a team in the KHL if he can’t reach a new contract agreement with the Wild by Sept. 1.

"Things are going well enough. We still have lots of time, there’s no rush or panic. I’m in constant communication with Kirill’s agent. We continue to move forward," Guerin said.