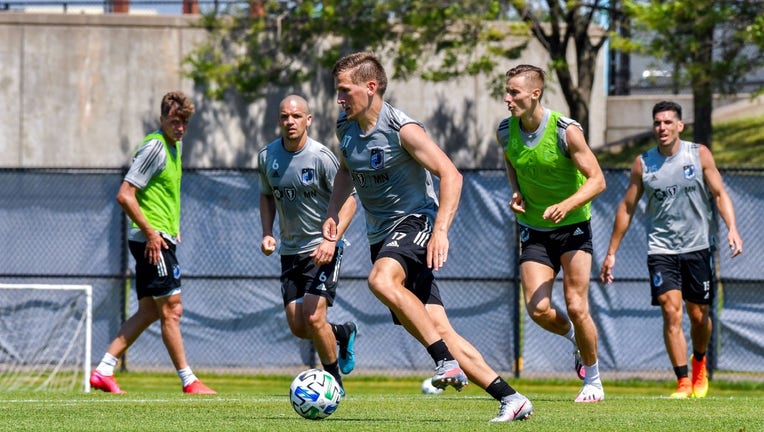 MINNEAPOLIS - Minnesota United learned on Wednesday it will have three night matches in the group stage of the “MLS is Back Tournament,” which starts July 8 at ESPN’s Wide World of Sports in Orlando, Fla.

The Loons, who recently resumed full team training for the first time in more than three months, will open the tournament with a 7 p.m. match on Sunday, July 12, against Sporting Kansas City that will air on ESPN. Their last two matches will both be 9:30 p.m. starts, presumably to stay out of the Florida summer heat.

Minnesota United will face Real Salt Lake on July 17, and their final group stage game will be July 22 against Colorado Rapids. After group stage play concludes, the top three teams from Group A, top two teams from the other groups and the three next best third-place teams will advance to a knockout stage. That will feature a round of 16, quarterfinals, semifinals and the championship match, which will be played Aug. 11.

All three games in the group stage will count for all teams towards points for the Major League Soccer regular season standings.

The MLS is Back Tournament champion earns a spot in the 2021 Scotiabank Concacaf Champions League. MLS officials hope teams can return to their home sites for play once the tournament concluces.

Minnesota United had won two straight road matches and was preparing to start a four-game home stand at Allianz Field when the MLS suspended play back in mid-March due to the Coronavirus pandemic.

The Loons are expected to depart for Florida later this week to hold training ahead of the tournament.