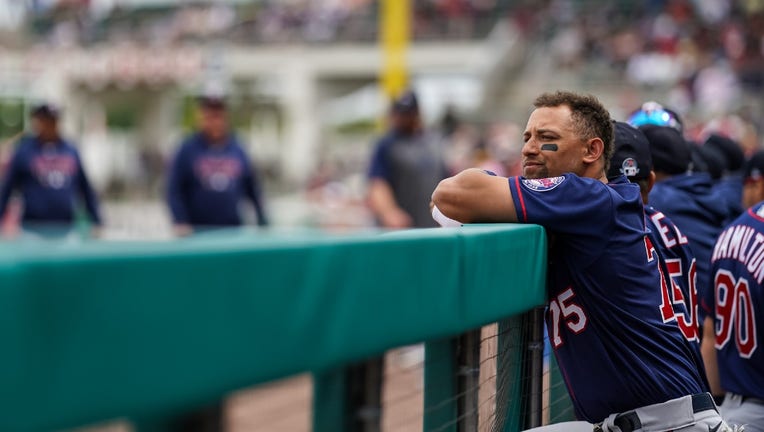 MINNEAPOLIS - Royce Lewis has already been tabbed the shortstop of the future for the Minnesota Twins, and he’ll have to wait at least another year to make his Major League Baseball debut.

Twins officials announced Wednesday at Spring Training that Lewis will miss the 2021 season after suffering a torn knee ligament while home in Houston. He slipped on the ice during a recent winter storm in his hometown. Derek Falvey said Wednesday Lewis will fly to Minneapolis later this week, and have surgery for a torn ACL. The rehabilitation process will take between nine to 12 months, Falvey said.

It'll be two straight seasons for Lewis without formal baseball. He did not play in any games last year after the COVID-19 pandemic shut down minor league baseball for the entire summer. Lewis spent time with the Twins’ minor league group at CHS Field in St. Paul.

"It’s very tough news in a lot of ways. I feel for Royce. More than anything else, he was very much looking forward to getting going this year. Lot of enthusiasm coming in and to deal with that, it’s not easy," Twins manager Rocco Baldelli said. "It’s certainly a setback, but one he can certainly overcome. It's adversity, and he'll work through it."

Lewis, 21, was the MVP of the Arizona Fall League in 2021 and finished that season in Class AA. He was a candidate to make his MLB debut this season if the Twins needed a healthy body in the infield, but his 2021 season is now over.