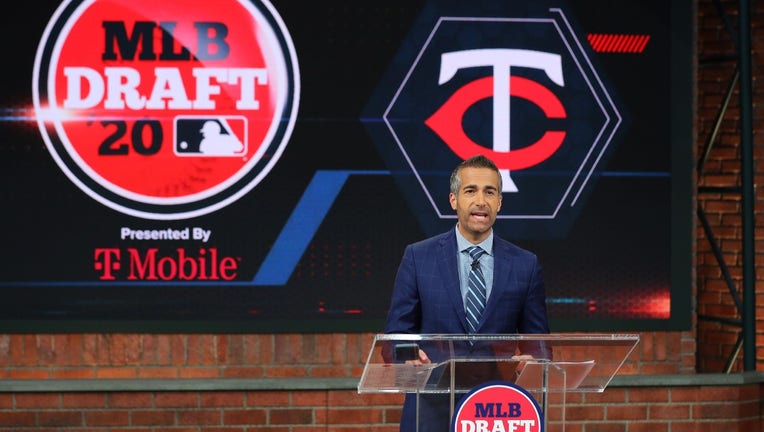 Derek Falvey and Thad Levine have followed certain draft trends since taking over as the architects of the Twins franchise. On Wednesday, those trends continued as the Twins added another powerful bat from the college ranks. Would the Twins follow any other trends with the second-round pick?

Aleirick Soularie is one of the better college hitters in the draft. He is a bat first guy without a true defensive position which follows Minnesota’s first round pick that fits the same mold. The current Twins regime has also surprised with recent second round picks like Ryan Jeffers and Landon Leach. Jeffers is now one of the team’s top-10 prospects and they are hoping for more of the same with Soularie.

He entered his junior season at Tennessee and he was named a Preseason All-SEC First Team member and a D1Baseball.com Preseason First Team All-American. In 2019, he had a .357 batting average with 11 home runs and 13 doubles. He also posted a strong 39 to 37 strike out to walk ratio. During 16 games in 2020, he went 16-for-60 with five home runs and a double.

Since joining the Volunteers, he has clearly taken some steps in the right direction. He posted some great numbers during his sophomore season and he looked set-up for a great junior campaign. He slugged five home runs in 16 games before the college season was cut short because of COVID-19.

He didn't rank inside any top-100 lists, but the current Twins regime might have earned the benefit of the doubt about stealing Jeffers at this point two years ago. Soularie is a tight-handed-hitting corner outfielder who was among the SEC's top three in AVG, OBP, and SLG last season.

Defensively, the Twins drafted Soularie as an outfielder, but he can also play some second base. According to Twins Scouting Director Sean Johnson, that's a possibility too.

“I think he’s got some versatility. We’ve seen him play some center field. We think, long-term, he’s likely to end up in a corner, and maybe a guy that can play all three spots. And second base, we’ve seen, we’re optimistic that that might work as well. We’ve got great coordinators and player development people that can maybe turn him into something so maybe he can play some second base. That will all sort itself out over time. He’s a good athlete, and I think time will tell where he ends up,” Johnson said.