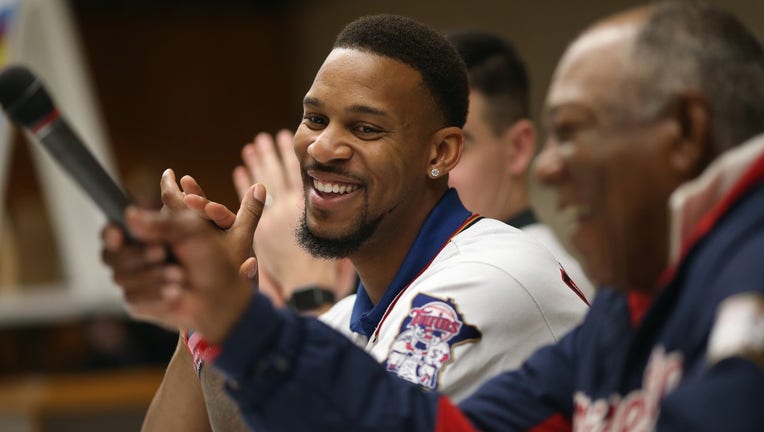 Twins center fielder Bryon Buxton was full with laughter as he listened to Twins great Tony Oliva tell baseball stories at the Knights of Columbus Hall Monday January 23, 2017 in New Prague, MN.] Catching up with Byron Buxton and Trevor May on the Tw ((Photo By Jerry Holt/Star Tribune via Getty Images))

MINNEAPOLIS - A day after bringing back star shortstop Carlos Correa on a six-year contract, the Minnesota Twins on Thursday announced plans for the 2023 Winter Caravan.

The Twins are hoping for a bounce back season after finished 2022 with a 78-84 record and missing the American League Playoffs for the second straight year. The Twins Caravan, in its 61st year, is set for Jan. 24-31 and features stops with players, coaches, alumni and broadcasters in 12 different cities in Minnesota, North Dakota, South Dakota and Iowa.

The Minnesota Twins made official on Wednesday what many thought would be impossible during the offseason: Carlos Correa is returning on a six-year contract. The team and Correa held a news conference at Target Field on Wednesday, Jan. 11, 2023.

The stops include a question-and-answer session, autographs and meet-and-greets. Here is a look at the schedule:

Twins’ pitchers and catchers report to Spring Training in February. The regular season opener is March 30 at Kansas City, and the home opener is April 6 against the Houston Astros at Target Field.