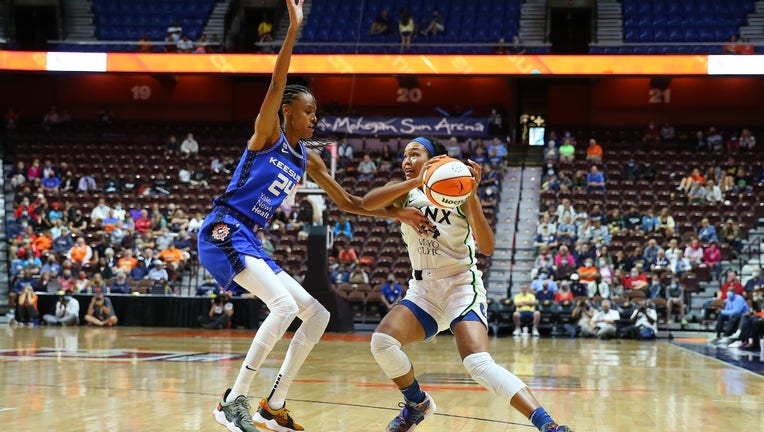 MINNEAPOLIS - The Minnesota Lynx made WNBA history Tuesday night, beating the New York Liberty 74-66 to clinch a spot in the WNBA Playoffs.

For the 11th straight year, the Lynx will be a part of the postseason and have a chance to compete for a WNBA championship. It’s the longest active streak in the WNBA for playoff appearances, and second-longest in league history behind the Indiana Fever. The Lynx will be making their 13th overall appearance in the playoffs.

Lynx coach Cheryl Reeve is the winningest coach in WNBA Playoff history with 41 wins and a .672 win percentage. She’s the only head coach to lead the same franchise to 11 straight playoff appearances. Reeve has also helped lead the Lynx to four WNBA titles.

The Lynx are 16-9 after getting off to an 0-4 start, they're 8-2 in their last 10 games and they're 9-3 at Target Center this season. The Lynx have also gone 4-2 since returning from the break for the Summer Olympics in Tokyo, where Napheesa Collier, Sylvia Fowles and Reeve brought home gold medals.

The Lynx will release their playoff schedule and ticket information at a later date.