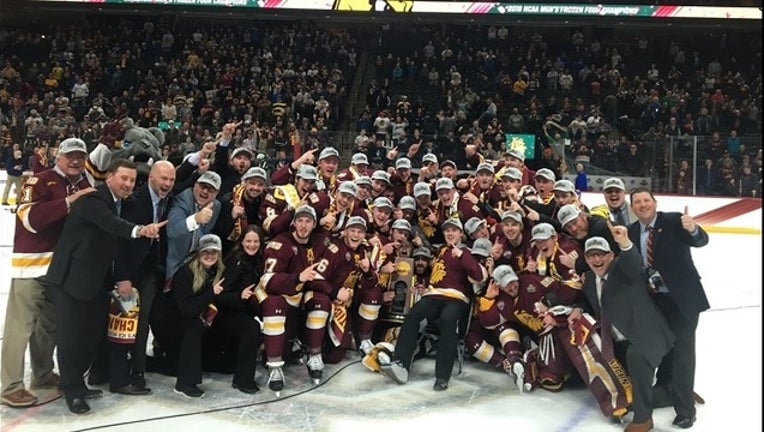 DULUTH, Minn. (KMSP) - The University of Minnesota-Duluth men's hockey team is being celebrated statewide Wednesday for their national championship win earlier this month.

UMD was the final team invited to the NCAA Tournament, but skated their way to their second straight national championship game with wins over Minnesota State University Mankato, Air Force and Ohio State in the Frozen Four.

This is the second national championship in eight years for Duluth. The Bulldogs defeated Michigan for the title in 2011.